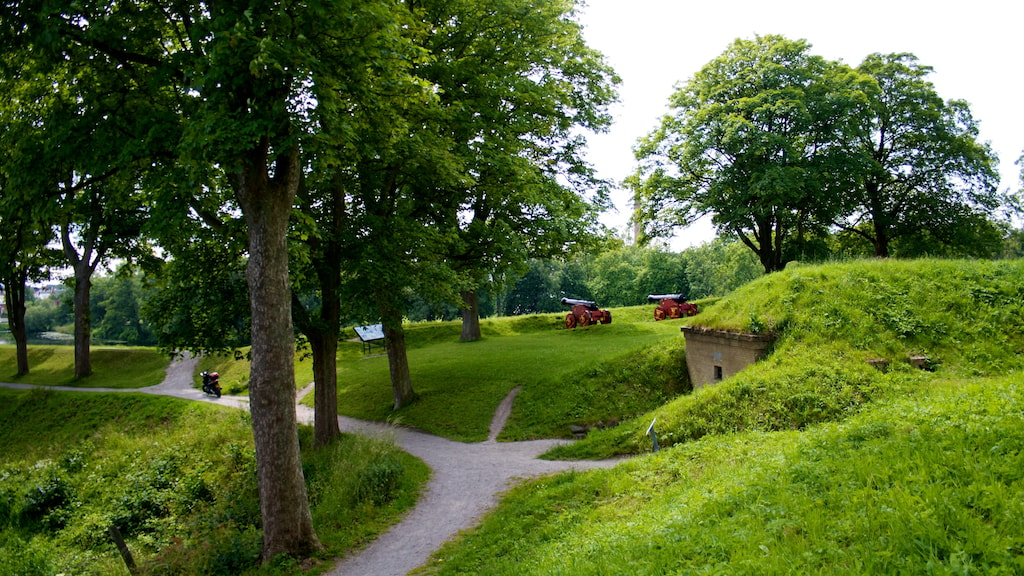 23 The Queen´s Bastion and Powder Magazine in Nyborg

23 The Queen's Bastion and Powder Magazine

The Queen’s Bastion and the rampart up to the King’s Bastion and the Crown Prince’s Bastion is the best preserved section of the fortress. At the tip of the bastion there is now a bridge (Naturbroen) which did not exist when the fortress functioned. There was, and is today, an underwater dam, whose purpose was to prevent water from flowing into the fjord should one of the other dams be breached. There was access from the rear side of the rampart to the area between the front rampart and the main rampart (faussebraie) through a so called postern, or vaulted tunnel. Posterns allowed the delivery of supplies to troops in the forward positions, and enabled these troops to withdraw behind the rampart.

After the fortifications were abandoned, a waterworks was erected on the Queen’s bastion at the end of the 19th century, and it functioned until 1973. The powder magazine was built in 1808. After the great fire of 1797 it was deemed unwise to store gunpowder in the tower near the castle, and an underground chamber to this end was therefore placed under the bastion. This chamber, though, was much too damp and already in 1812 it was no longer used to store gunpowder.

Investigations have shown that attempts to solve the damp problem with better ventilation were attempted – but apparently without success.