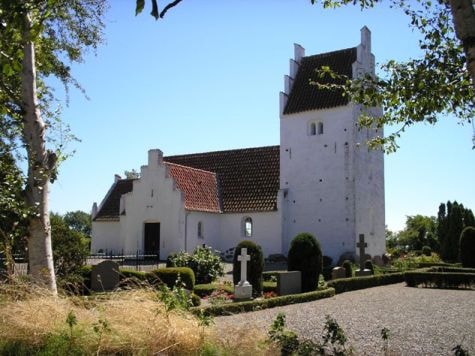 Late Gothic chancel and nave with a tower of new origin together with a modern porch.

It is open from morning to afternoon during the week. Appointments can be made with the gravedigger.
Share your wonders:
Our sites
Media
Help
VisitDenmark © 2020
Data Protection NoticeCookie Policy
English