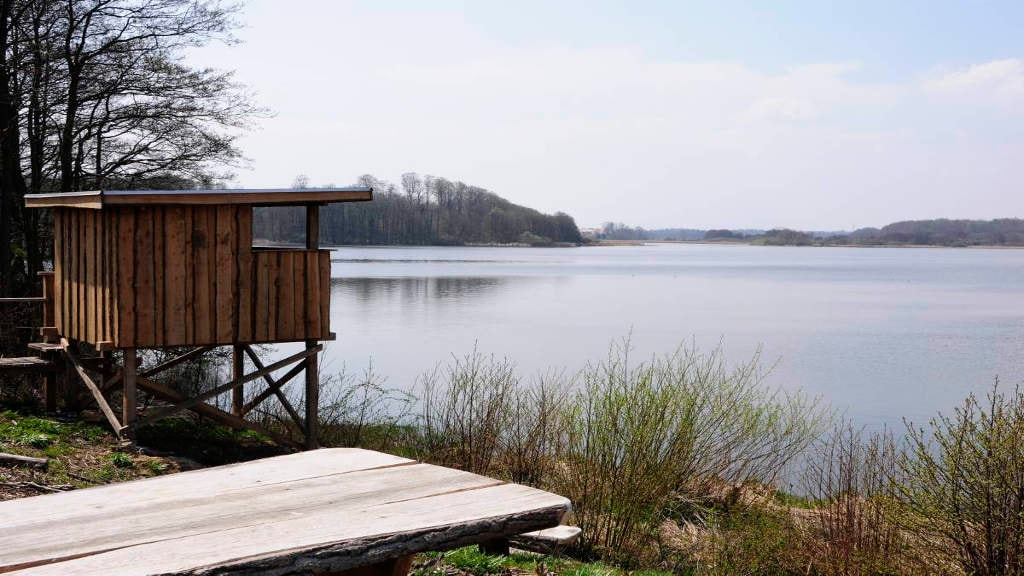 The area around Rands Fjord is very hilly with a mosaic of grassy meadows and grasslands, cultivated fields and steep valley slopes with forest vegetation. Some of the ridges offer great views of the lake and on a clear day you can see as far as Trelde Næs and the Little Belt.

Rands Fjord was formerly a fjord in connection with Vejle Fjord. In the mid-1800s a dam was built and it was gradually transformed into a large freshwater lake. Today, the lake is 140 hectares and is the largest lake in the area. The name of the fjord was never changed.

The birds flock in thousands around Rands Fjord. Lapwings and starlings gather in late summer in the meadows around the lake, and during migration you can see large flocks of foraging ducks, geese and whooper swans. The area is also breeding ground for several special species such as marsh harriers, kingfishers and Eurasian penduline tit. In the spring the nightingale sings sweetly and contributes to the mood of the landscape. The bird life is best seen from the vantage point west of Vejlby Church or from the areas by kiselgurværket by Egum.

Directions for the tower:
1. There are several small paths and trails starting from the parking lots at Fagerlien or Fårbækvejen. The trails go over the meadow and through the forest and pass painter Anius' house. A red marking leads to the vantage point on the lake shore.
2. Follow the single carriageway (route 28) north towards Vejle. Exit at Egeskov and follow the road through Vejlby and continue for Egum. Approximately 1km after Vejlby make a right turn opposite the parking lot.
3.The national cycle route no. 5