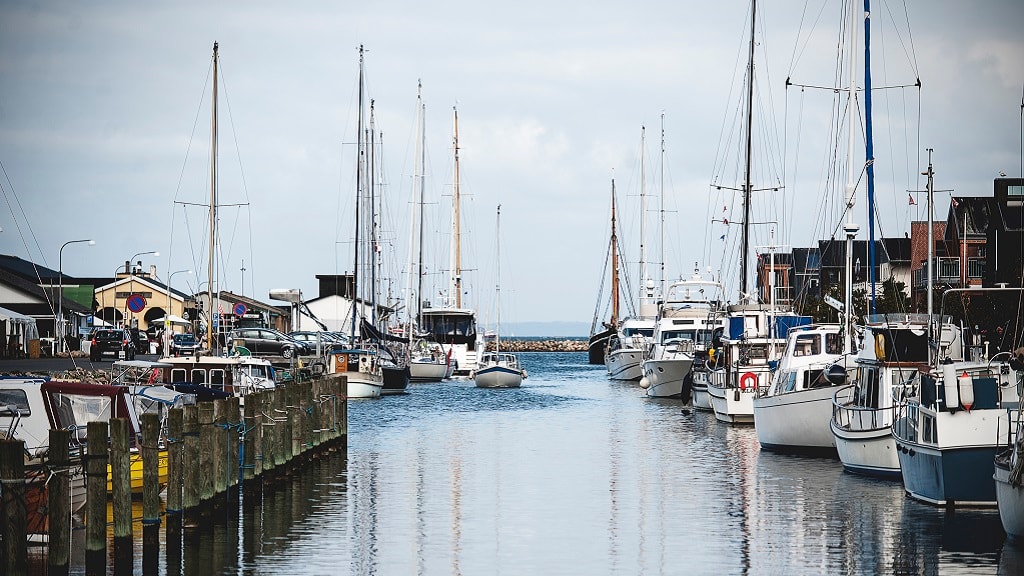 The Old Harbour in Bogense was built way back in 1828 and was once a very active industrial and ferry port, but today it is pure cosiness, large boats and an impressive view.

Today, the Old Harbour is a cozy and relaxed place with lots of benches, good restaurants and shops, large yachts, old fishermen's houses and of course a nice view.

The Old Harbor in Bogense in the old days ...

Once upon a time there was a busy industrial area here: the fishing trawlers were busy, the factories were noisy, the trucks were everywhere, the ferry was tooting and it was dirty most of the time - it was a very active port.

The eastern quay is the former trading and cargo port. DFDS (The United Steamship Company) had a steamship route between Copenhagen, Bogense and Vejle until about 1930.

The western quay was the fishing harbour with an auction hall, a fishmonger’s and a smokehouse.

There was a shipyard at the edge. The Aero Mill inside the harbour was built by the engineering company FL Smidth to produce direct current for the power plant. There was also a gas plant, a lime kiln and a cement plant. The former railroad also had a track here for cargo transportation.