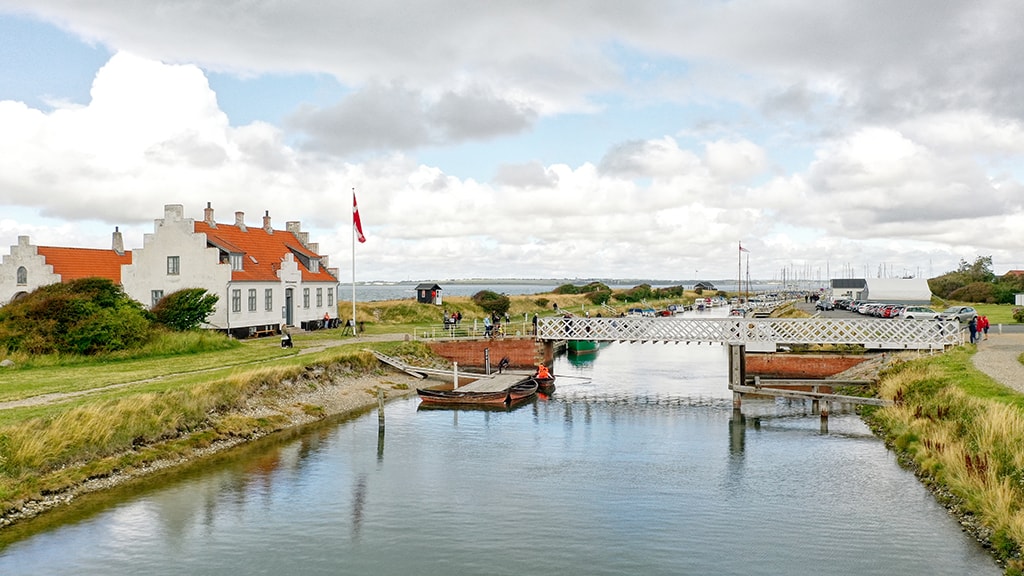 The city of mussels, The history of Løgstør

The history of Løgstør goes way back and is based on the foundation of the Limfjord. Today, Løgstør is called the city of mussels, as the mussels are the cities trademark. But in 1516, it was the herrings, which represented the city, before the city at first developed into a fishing village, then a port town, later a market town until today, where Løgstør is a tourist destination.

Throughout the years, Løgstør has been badly hit by nature with strong winds, water and ice, and fire. The city has been destroyed by fire multiple times and has regularly been hit by floods caused by high winds. It was, therefore, not in the cards that there would be developed a city at this place.

At the same time, Løgstør has been a central connecting point for both small ferries, steamship ferries, and today, at the bridge in Aggersund. New Year's Day in 1900, Løgstør got its desired municipal privileges. The effects of this ended in the 1950s, which then changed the identity of the city. First, it became an industrial town, and later the tourism destination, which Løgstør is today – with the focus on the Limfjord.

A particular historical trait of character of Løgstør, you will find in the cities location, as it is the grounds of Løgstør. For centuries the grounds were placed as a giant plug in the Limfjord. But with the foundation of Frederik VII’s Canal in 1861, the western part of the fjord got access to Kattegat and the inner Danish waters. This was a good deal for Løgstør, as the city made money every time someone needed to ship their goods across the grounds in their small and flat-bottomed vessels.

Frederik VII’s Canal can both be characterized as one of the seven wonders of Northern Jutland and as the most spectacular attraction in Løgstør. The canal is 4,4 km long, 28 meters wide, 3 meters deep, and is dug out by 400 Germans in 1856-61 with hand power.

Frederik VII’s Canal was used until 1913. After it closed, the canal at Lendrup was dammed to prevent sanding and was afterward declared a protected cultural monument in 1958. Today, it is reminding us about the past’s engineering and the Limfjord people's struggle with the fjord's immense forces. The Limfjord Museum is together with the city working on reopening the canal for sailing ships like in 1861. The ambition of this project is to create a more eventful visit to the museum and strengthen the area's potential for being more authentic.

It is only a small number of danish harbours which has such a well-preserved maritime and cultural environment like Løgstør Harbour. Here, you can experience a historical time warp from the 19th and 20th century, where the harbour, first of all, was a workplace.

If you are interested in the maritime environment, the city has a lot to offer. Here, you will find everything from the old customs house to the twin lights, merchant's houses, the building berth, the boatbuilder's yard, etc.

But the city’s most maritime and cultural environment, you will find at Frederik VII’s Canal. Here, you will find Denmark’s oldest swing-bridge, the canal bailiff complex in Løgstør, the canal service houses in Lendrup, and last but not least, the old towpaths, where horses were dragging the ships through the canal and past the grounds of Løgstør in the 19th century.