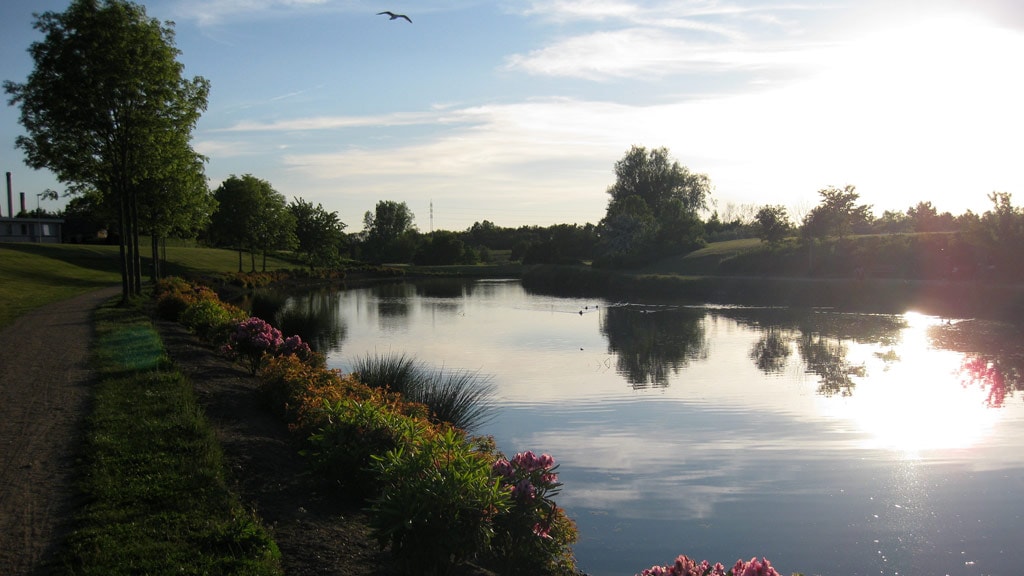 Up close to the Midieval Road - bicycle route

The cycle tour "Close to the medieval road" starts at the hydropower lake in Mejdal at Holstebro. Drive along Prince Buris Road past Mejdal Church from 1982. At the entrance to the church are walled stone from both Tvis Church and the medieval Tvis Monastery. Head towards Nr. Felding. The area has been built from the 400-500s. There are several burial mounds and 30 long houses, 10 small houses and 22 mining houses from the Viking Age have been found. Nr. Felding Church probably replaced a wooden church in the same place. In the Middle Ages, Nr. Felding Church to Tvis Monastery. At the Reformation in 1536 the church passed to the king, who in 1554 adjoined Tvis Monastery with associated goods, i.a. Nr. Felding Church, to Bishop Oluf Munk. The bishop wanted to demolish the church, but the king informed him in the letter that the church in Nr. Felding was to remain standing "it is said to be a very attractive church on the old road". On the way back you pass Skovlund Plantage and Vegen Å, which runs into Storå in the middle of Holstebro. From Skovlund Plantation you can cycle all the way to the city center on the path along Vegen Å.

The bicycle route starts from Vandkraftsøen (Power Station Lake) in Mejdal near Holstebro. Follow Prins Buris Vej past Mejdal Church which dates from 1982. Though the church is new and modern, the cornerstones of Tvis Church and the medieval Tvis Kloster (Tvis Monastery) are both walled into the entrance.

Continue out of Mejdal to Tvis and on towards Nr. Felding.

Nr. Felding Church dates from around the year 1100, but buildings have been erected here since the 5th-6th Centuries. During the Viking Age this was the site of one of the area’s largest buildings, unfortunately no trace remains of it today.

The current Nr. Felding Church probably replaced an even older wooden church on the same location. In the 16th Century bishop Oluf Munk considered having the church pulled down, but encountered royal resistance. The king instructed that the church should remain as ”it is said to be a very attractive church right on the old road.”

Towards the end of the route you will pass Skovlund Plantage (Skovlund Plantation) and the unregulated Vegen Å (Vegen River) which runs into Storå (Storå River) in Holstebro. From Skovlund Plantage you can cycle right to the middle of town by following the path along Vegen Å.