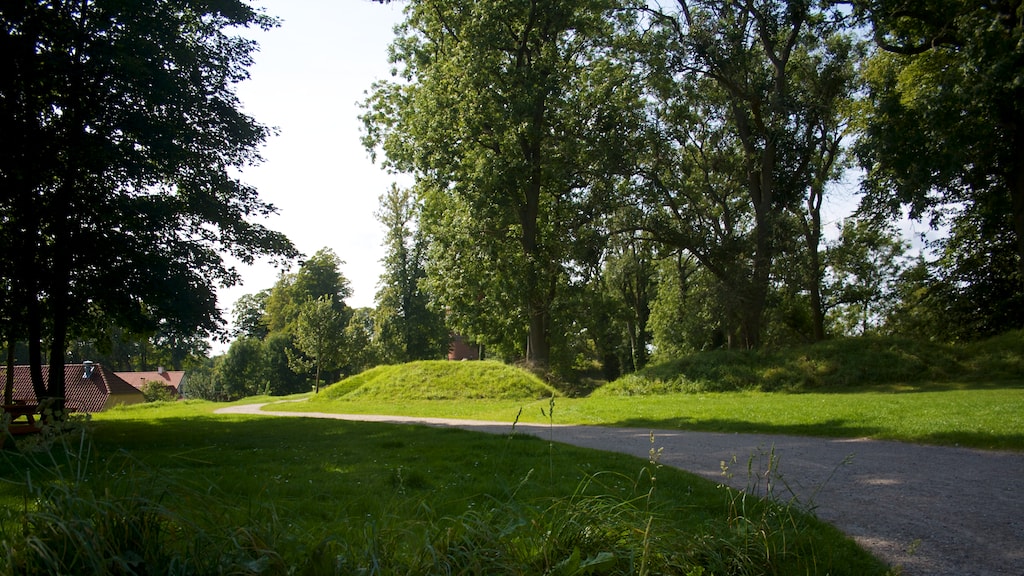 The Crown Prince's Bastion in Nyborg

Like the two other large bastions this was part of the fortress installations from the 1660s, and is still fairly well preserved. It contained the military drill square and it protected the Town Gate and the embankment that separated the northern moat from the eastern, where the water level was three metres lower. This difference was utilised to operate the castle watermill. The northern moat is as much as four metres deep at its midpoint. The annual performances of the Nyborg Open Air Theatre take place at this site.