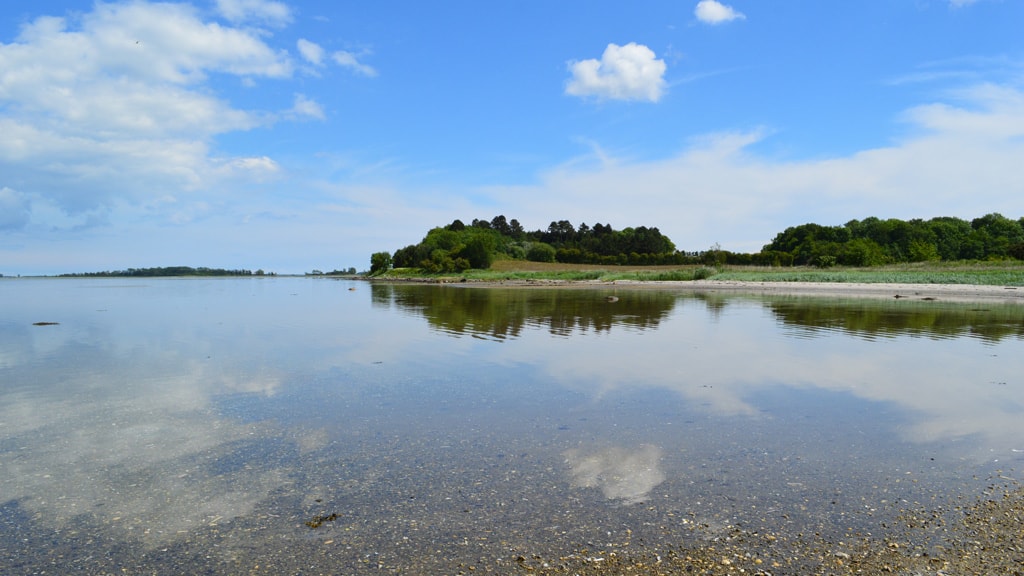 Near the village of Bisholt, you find the hill Dysbjerg – close to to Horsens Fjord. Dysbjerg is an overgrown sandhill and a striking feature in the flat landscape around Glud. For centuries, the lush hill has been a natural rallying point for local residents and mass meetings have been held here, amongst other, and there are also many folktales relating to the location.

Dysbjerg was formed during the Ice Age as a distinct and clear outcrop in the landscape. The sandy and gravely soil of the hill has been an attractive natural resource that people from near and far have collected. This means that the appearance of the hill has changed over time and in the last one-hundred years it has become increasingly smaller and overgrown.

Dysbjerg has been especially attractive to the locals and, amongst others, a poem has been written and a song composed about the scenic place. In addition to being a rallying point for the local community, Dysbjerg has served as a signal post for coastal militias because of its strategically good location overlooking all of Horsens Fjord and Horsens city.

To reach Dysbjerg, you have to go from Bisholt down a long dirt road towards the fjord.

Dysbjerg is located close to the characteristic peninsula Borre Knob which protrudes some way into Horsens Fjord as a narrow point, almost reaching Alrø in the middle of the fjord.