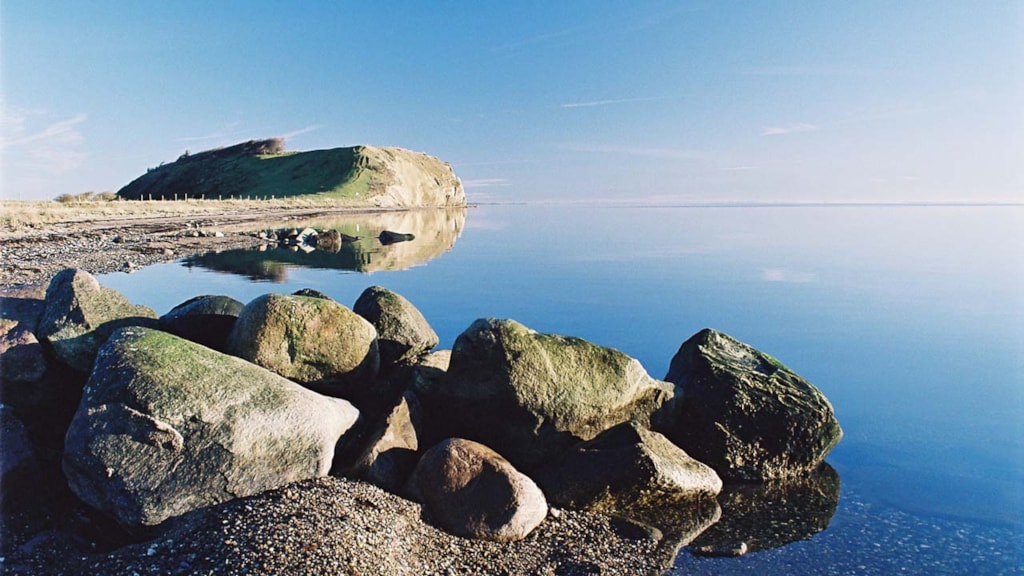 Feggeklit is a large moler embankment which earlier lay as an island in the sea. To the west Feggeklit is covered in grass, and on the steep slopes the shelves of earth slides are clearly seen. On the east side the moler is visible on the steep cliff and to the south west Skamol, the factory which processes the moler, can be seen. In 1916 Denmark’s first moler tile works ”Skarrehage Molerværk” was established on this site.

Myth tells us that it was on Feggeklit that Hamlet murdered his wicked stepfather, King Fegge, who had his royal estate here. King Fegge had in jealous rage killed his brother, and then, married his sister-in-law, Geruth, thus becoming Hamlet’s stepfather. After Hamlet’s revenge, King Fegge was buried at the top of Feggeklit in a grave surrounded by large stones which can still be seen today.
Share your wonders:
Our sites
Media
Help
VisitDenmark © 2020
Data Protection NoticeCookie Policy
English