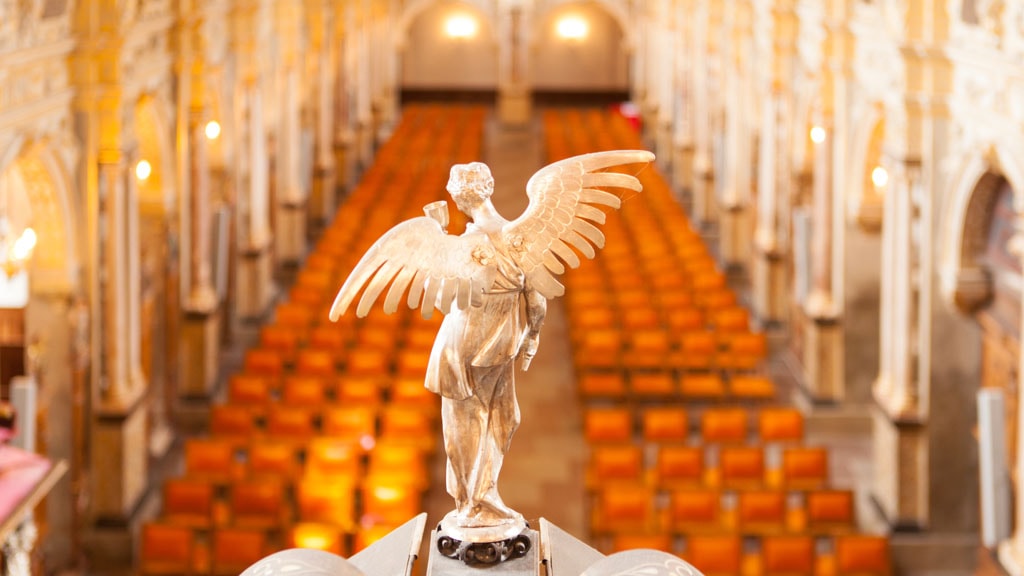 Frederiksborg Castle Chapel, the western wing of the castle, is a magnificently decorated and impressive room, planned and built as the private chapel of the royal family. During  absolutism, the Danish kings were anointed here. Today, the castle chapel is part of the Frederiksborg National History Museum. However, it is also a parish church, with ecclesiastical acts such as worship, baptisms, confirmations and weddings.

When Christian the 4th set off the construction of the chapel in 1606-17 no expenses were spared: skilled craftsmen were fetched from all over Europe to create the artistic decorations, among others unique intarsia work in the pews, gilded and painted stucco in the valves, apostle figures in all recesses, and symbols of the king’s tasks and duties in the arches.

Inauguration chapel for the Danish kings

After the imposition of the absolute monarchy in 1660, Frederiksborg Castle Chapel became the anointment chapel for the Danish Kings up to the last anointment in 1840.

The chapel escaped the fire

When large parts of Frederiksborg Castle burned down in the disastrous fire in 1859 the chapel largely escaped, which is why the authentic interior can be seen to this day. You can also see the Order Gallery with the coats of arms of the Elephant Knights and the Grand Cross Knights, an interesting item of cultural history.

The chapel has 3 organs; the oldest of them is the Compenius Organ, built in 1610. The organ was a gift to Christian 4th from his sister, the Duchess of Braunschweig-WolfenBüttel. It is played every Thursday from 13.30 to 14.

Today, the castle chapel serves as parish church and is open in connection with services, christenings, confirmations and weddings. The church can be seen prior to an ecclesiastical act, provided that the visitors show respect for being in a church.