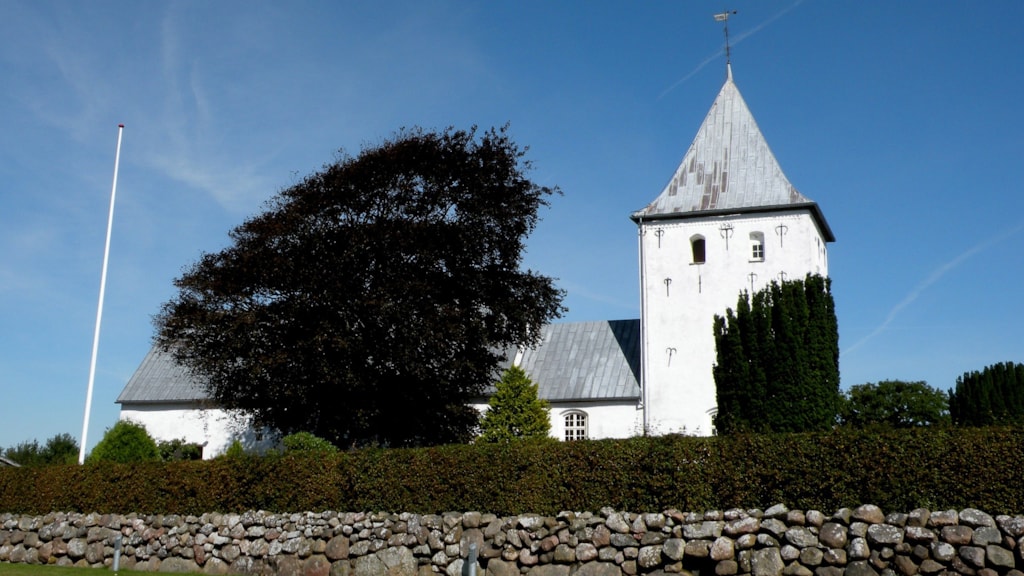 Grarup Church is a whitewashed church with a roof made of lead. The church differs from most churches by having the tower on the east side.

The tower was added to the roman church in Gothic time, at which time a vestry and an expansion of the nave were also added. The entire church was restored in 1951.

The altar table is made of granite and like the ceramic crucifix above the altar and the pulpit, it dates back to 1951. The organ was built in 1841 and restored/reconstructed around 2006.

There is also a preserved late-Gothic Maria and Child figure from a previous side-altar. This is now displayed in the south-east corner of the nave. A saint-figure from the same time can be found in the weaponhouse. The baptismal font is a Romanesque granite font with birds and plants on the font.

Only open during the service or by arrangement with the priest.

Grarup Church is the dividing point between legs 3 and 4 of the Camino Haderslev Næs trail.