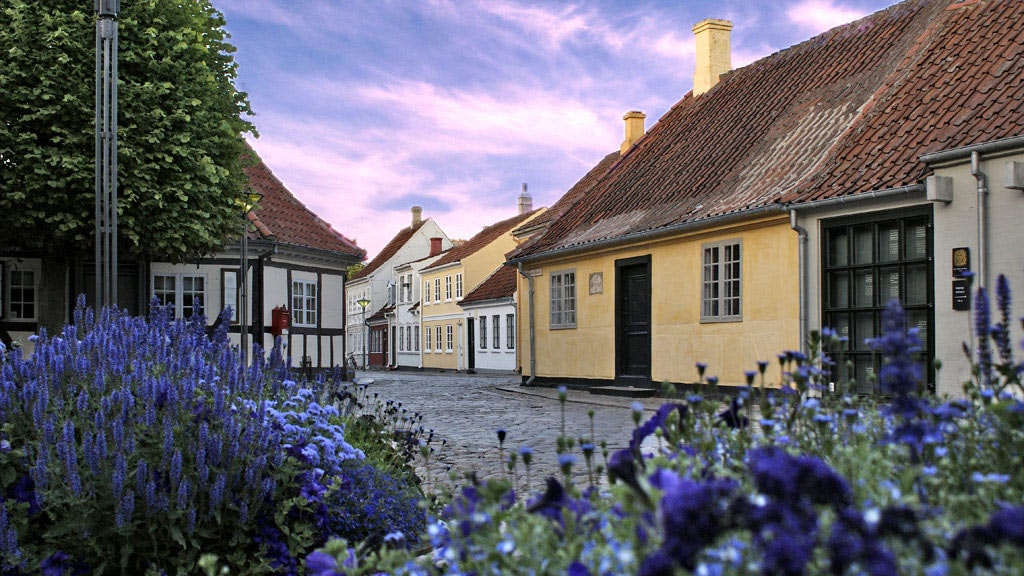 This museum was opened in 1908 - almost precisely 100 years after the birth of Hans Christian Andersen. This makes it one of the oldest museums dedicated to a writer/poet in the world and the little, yellow corner house has become an internationally known icon. Millions have visited the little house, where Denmark's favorite fairy tale poet was born.

Today the house is located in one of the most expensive neighbourhoods, filled with renovated little row-houses in many colours, a beautiful square, cafés and restaurants. In the summer the hollyhocks and roses bloom everywhere and combined with the cobblestone streets, the atmosphere is fantastic. In 1805, however, it was situated in the most undesirable part of town. Actually, Andersen himself denied ever having set foot in "that hovel".

The museum consists of several small rooms that are decorated as in Andersen's time. Back then, each room was an apartment with access to a shared kitchen. When you stand in one of the small rooms, it is easy to picture just how difficult an existence the young Hans Christian was born into and what an achievement it was, that he ended up an internationally celebrated writer in his own lifetime.

Tickets are available at the Hans Christian Andersen Museum 150 meters down the street.