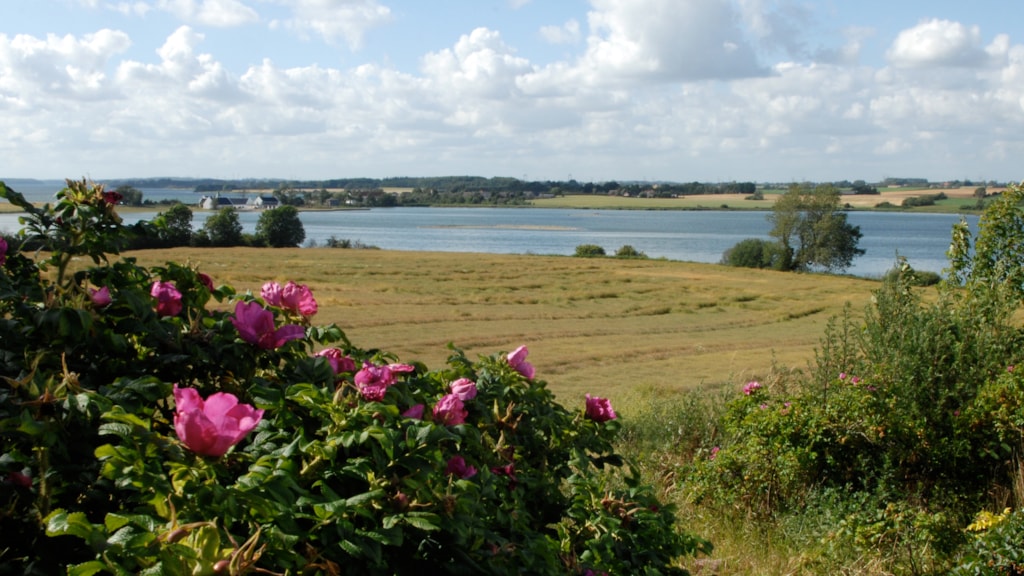 The historical heritage of Middelfart

Boyes Banke
Jens Henrik Christiansen Boye was a criminal specializing in counterfeiting, theft, arson and assault. He and his gang were notorious for their rampage on West-Funen, but when a robbery escalated to murder, the end for Jens Boye was near. He was convicted of the murder of Niels Hansen and executed in 1856. He was beheaded, the last beheading on West-Funen, and as customary at that time, the beheading has to be executed close to the crime scene. The slope was later called Boyes Banke (Boyes slope). The path leading up the slope can be a bit difficult to climb, but it is possible.

Hindsgavl Dagger is one of the finest examples of flint forged work available from that time; it is just 1 cm thick and 29.5 cm long.

When the dagger was found on Fænø, the island belonged to Hindsgavl Castle (today it is privately owned). It was a coincidence that the Hindsgavl Castle estate inspector was nearby when a little boy who was walking with his mother, found the dagger.

The boy just thought that he had found a rather nice stone. The inspector bought the dagger from the boy for one daler (old Danish coin), and gave it to the master and mistress at Hindsgavl Castle.

At the National Museum you can find the Hindsgavl in the "Denmark Prehistory" exhibition.