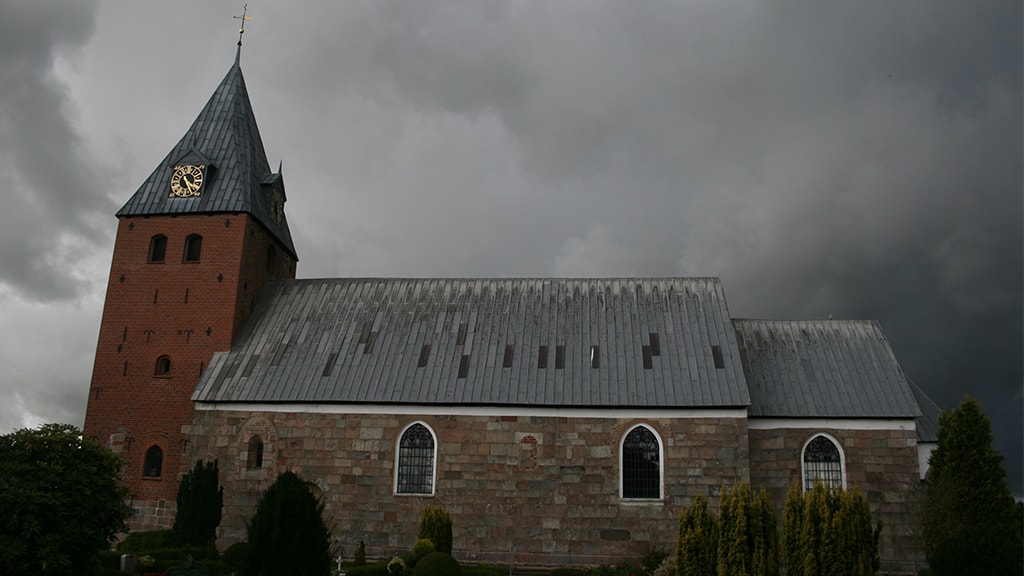 The church was built about 1170 and has been characterized as one of Southern Jutlands most beautiful rough hewn stone churches.

The apse was, supposedly, built using Ribe Cathedral as a model. Walking down the middle aisle, one can see the gallery, with its many painted pictures from the 1700s. These witness that we are in Tørninglen, which was part of Ribe diocese in the religious sense but part of the Royal Duchy of Slesvig politically.