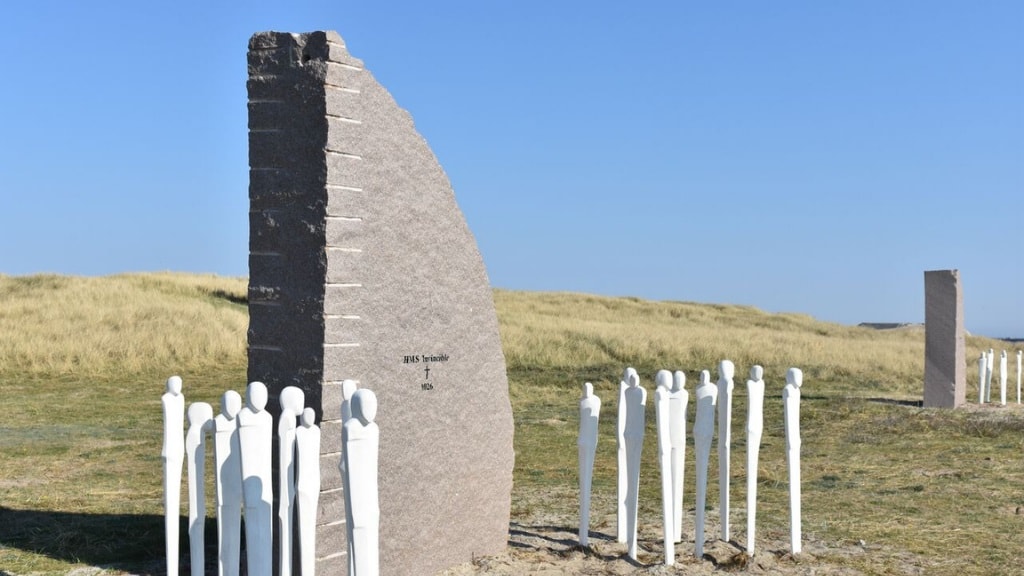 The International Memorial Park will make you very moved. The horrors and sufferings of war dawn on you when you understand the vast extent of lost human lives in just one day. This gives cause for reflection.

The foundation of the memorial park is the rugged but beautiful dune landscape at Thyborøn with a view of the North Sea, where the battle took place 100 kilometers straight to the west.

The memorial park is intended as a gesture for the victims of the war. The park is located on neutral ground - as Denmark was during the First World War. The memorial park expresses respect for lost human lives regardless of nationality.

The memorial park was inaugurated at a ceremony on 1 June 2016 with guests from home and abroad. The park does not distinguish between English and German soldiers. It shows the ferocity of war and the enormous human losses.

The park is constantly updated. Over time, several figures will be erected around the individual granite conventions. It was thought that when the park is finished, there will be 8645 figures, one for each of the dead.

You can experience the place on your own or get a guided tour by contacting Sea War Museum contact@seawarmuseum.dk