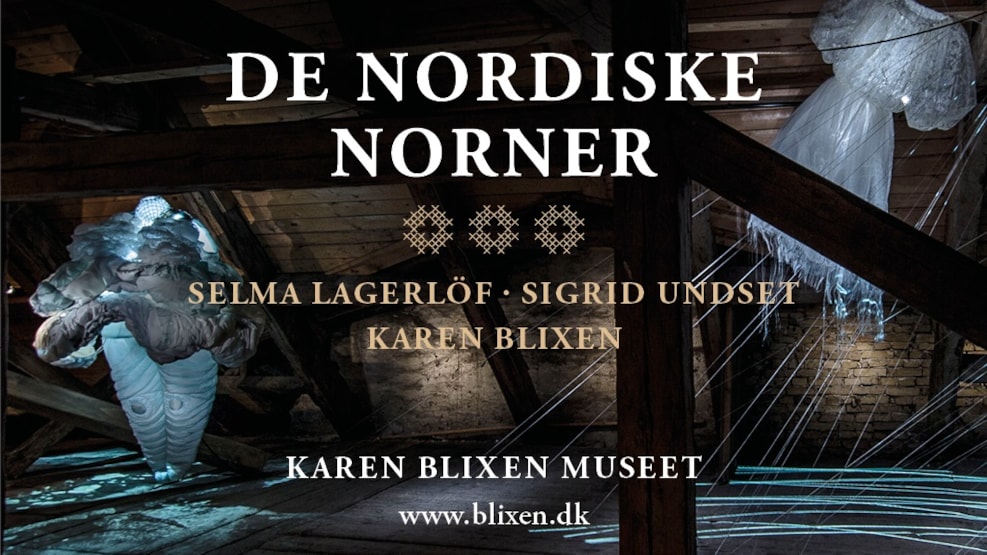 The Karen Blixen Museum is honouring authors Selma Lagerlöf (Sweden), Sigrid Undset (Norway), and Karen Blixen (Denmark). The three writers stand as luminous Nordic icons with their immortal works. The fates of their characters unfold in the way the Norns of Norse mythology fixed human destinies, benevolent and destructive.

Like the Norns, Sigrid Undset arouses sinful sensuality in Kristin Lavransdatter; Selma Lagerlöf bestows a forbidden love, ironworks, and a beggar’s staff upon the mannish majoress of Ekeby, while Karen Blixen archly transforms the prioress who governs Closter Seven.

The Karen Blixen Museum is celebrating these three authors along with the affiliated writer’s homes -- Sigrid Undset’s home Bjerkebæk and Selma Lagerlöf’s Mårbacka -- as well as the Norwegian Festival of Literature.

Maja Ravn (born 1967) was trained as a scenographer and costume designer at the Danish National School of Performing Arts in 1993 and has been affiliated with the Royal Danish Theatre since 1997. In 2008, she received a Reumert prize for scenography for Strindberg’s A Dream Play at the Betty Nansen Theatre. More recently, she has been the scenographer and costume designer on Orlando at the Betty Nansen Theatre, Amadeus at the Royal Danish Theatre, and Shakespeare in Love at Østerbro Theatre.