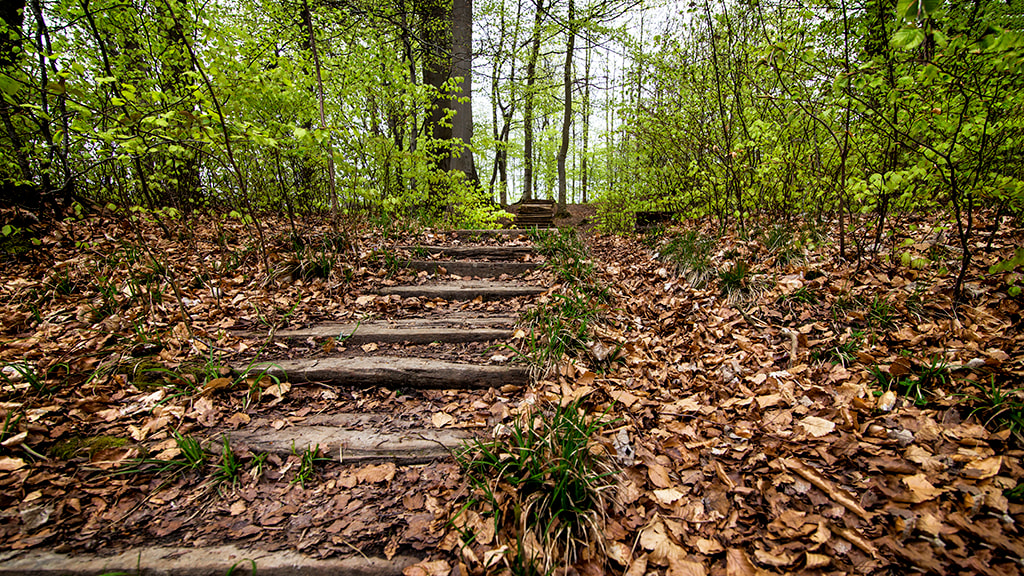 There are several natural resorts in the area of Boller and Bjerrelide that are worth visiting. Here there are numerous forests and hills in the characteristic landscape in the southeastern edge of Horsens. One of the gems of the area is Klokkedal (can be loosely translated into the Bell Valley), which is squeezed in between the forests Boller Nederskov, Boller Overskov and Rold Skov. Klokkedal Skov (forest) is a particularly elongated forest that runs along Klokkedal stream. Klokkedal was created as a subglacial valley during the Last Glacial Period, which has created steep wooded slopes on both sides of the stream. The forest is 2,5 kilometres long, and along the stream in the bottom of the valley, there is a wide path, that runs through some of the most beautiful nature around Horsens.

To the north, the Klokkedal path starts near Horsens Fjord and Boller Slot (castle). At Bollervej, there is a sign leading to a parking lot at Boller Vandmølle (Watermill). The watermill, built in 1873, is no longer active, but it is well-preserved with red-painted timber framing. Flour was milled here for centuries. The stream is dammed, which has created a millpond. It is possible to walk around the pond as there are several paths apart from the main path. There is also a fish ladder by the watermill that enables fish to swim upstream and spawn in the stream.

You can get to Klokkedal through Planetstien (planet path) and the forest Boller Nederskov to the north, and you also get close to the vista point Purhøj to the south. In the northwestern part of Klokkedal, there is a path that leads to the neighbouring forest Boller Overskov.