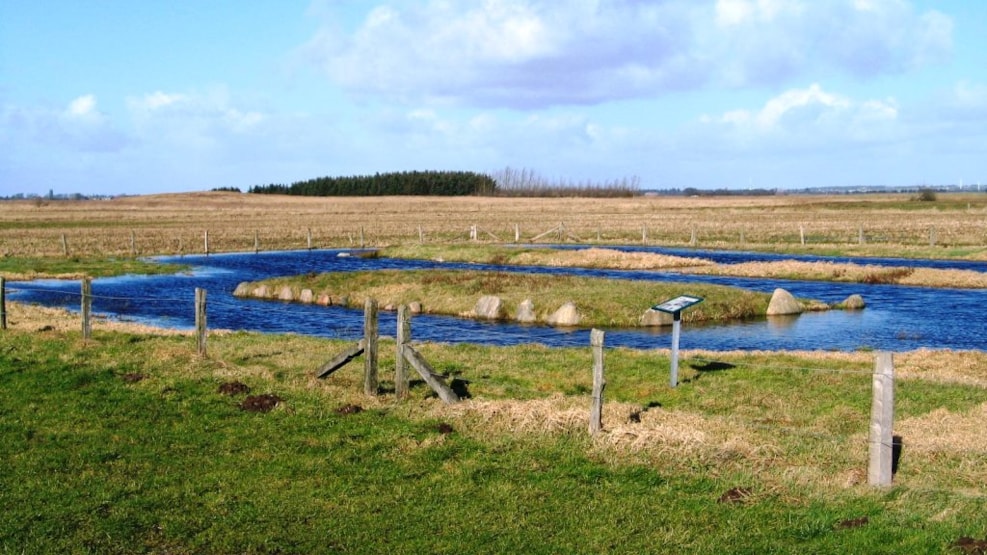 Perhaps these Stone Age tombs, which today lie in a damp depression, do not look like much, but in many ways they are unusual. Dozens and other large stone tombs are, as previously mentioned, rare in West Selvig, and at the same time they are a good illustration of the movements that have taken place in the marsh area over the last 5000 years.

When the two long dolmens were built, they lay on a sandy headland facing Brede Å. Later, the gradual land subsidence meant that the area was flooded, but well sometime in the late Bronze Age, an opposite movement set in: the marsh formation, whose clayey deposits again caused the land to rise. When the sea could no longer reach the area, the area was transformed into bog and meadow. Hidden throughout this course were the two long dolmens, first flooded, then overgrown with clouds and peat to finally reappear in the light again as a result of modern times' embankment and drainage.