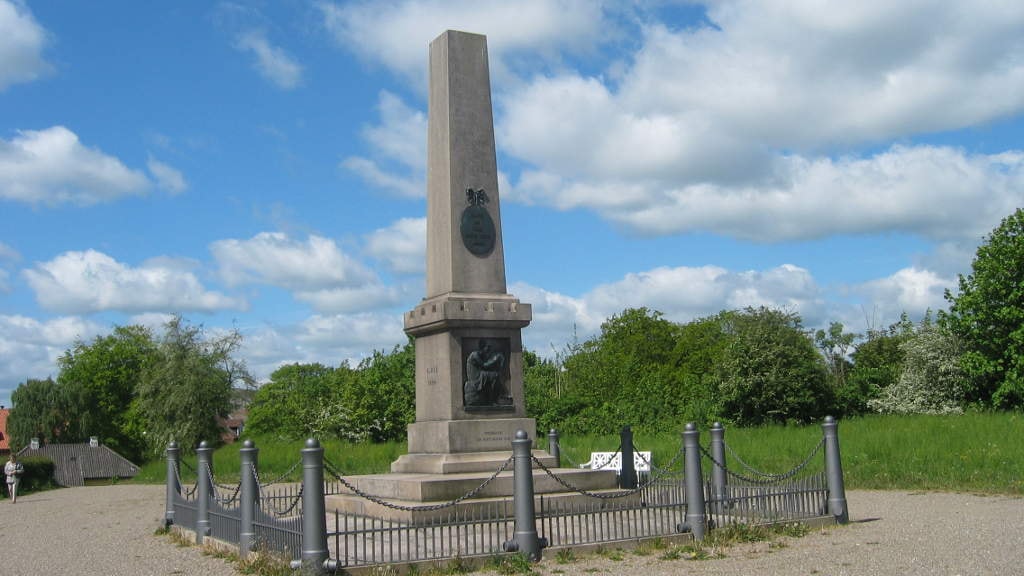 The monument was erected in 1899 to honor Colonel Lunding, who was in charge of the fortress's defense both in 1849 and 1864.

The monument is a 7,5 metre high obelisk. On one side of the monument is a bronze medallion with a portrait of Colonel Lunding, and below a bronze relief of two soldiers working on palisades.

The opposite side is dominated by a relief depicting the muse of epic poetry, Calliope.