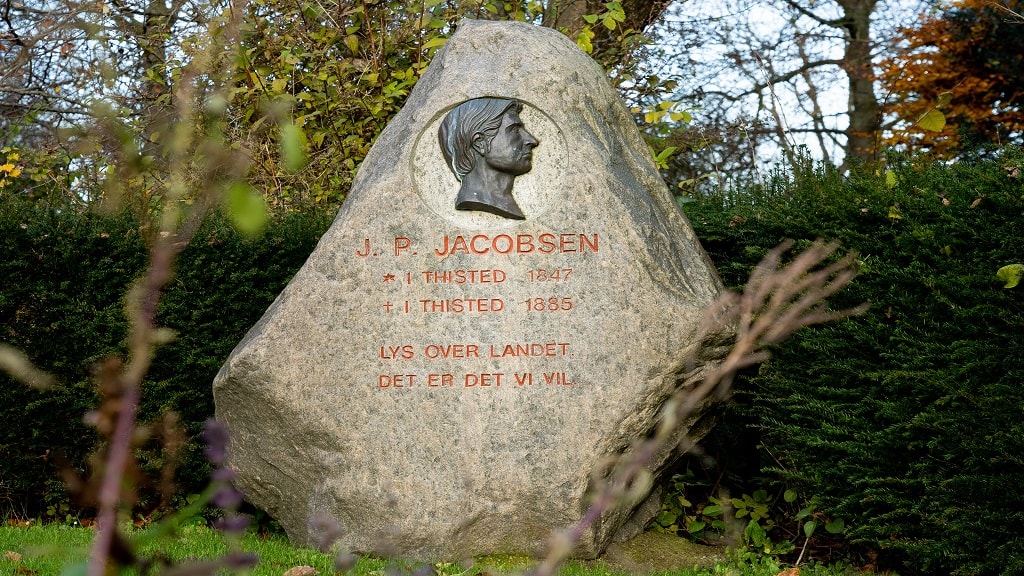 J. P. Jacobsen is Thisted's famous poet. He was born and raised here in Thisted, and because of tuberculosis, he lived much of his past twelve years with his parents, where he died in 1885 - only 38 years old.

J. P. Jacobsen is the author of the novels: "Marie Grubbe" and "Niels Lyhne".

The monument was unveiled J. P. Jacobsen's 150th birthday, on 7th April 1997. The original plaster monument can be found at Thisted Museum, where there is a memorial to the poet. The stone is not far from Christen Kold memorial which was unveiled in 1942.