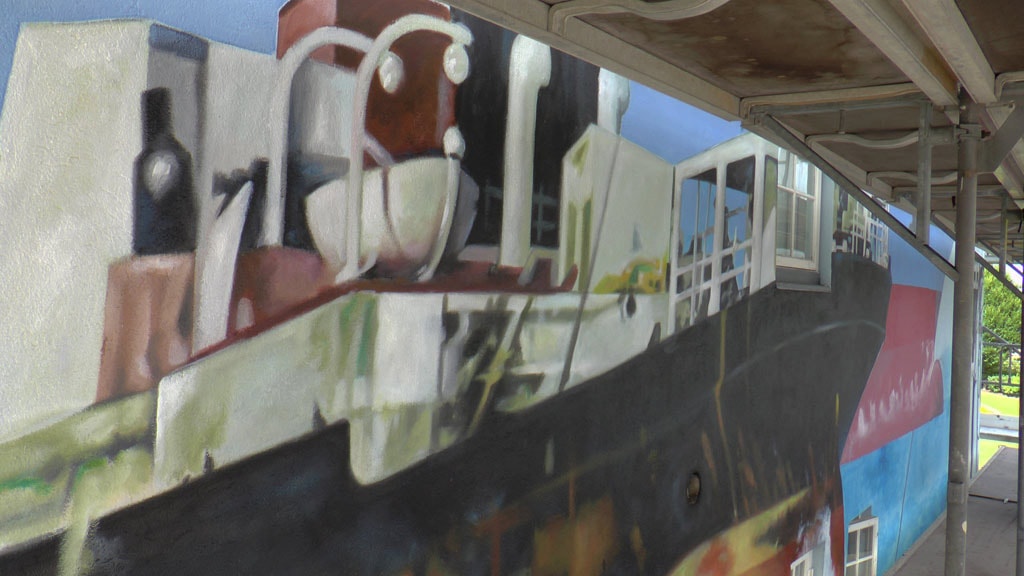 Murals in Elsinore - the shipyard era

On the gable of Allégade 7, you can see scenes from the maritime history, conducted by Spanish Oriol Caminal Martinez and Italian Piercarlo Carella. They've made their sketches on the spot, and the murals, which has a collage-like composition are painted directly on the wall. The mural has been created in a collaboration between the artists, the Maritime Museum and Elisabetta Saiu from Art and Public Space.

Next to it, on the gable of Kongensgade 23, the American artist Garin Baker has painted a hyper-realistic scene from the old Elsinore Shipyard.  Elisabetta Saiu has in cooperation with the Shipyard Museum and former shipyard workers gathered lots of material for the American artist, who is famous for his large, monumental works. The mural is painted in the artist's studio in the United States and arrived in rolls to Helsingør.

The two paintings are part of a larger strategy which began in 2012, telling Helsingør's history in murals, in close cooperation with the city's cultural institutions.