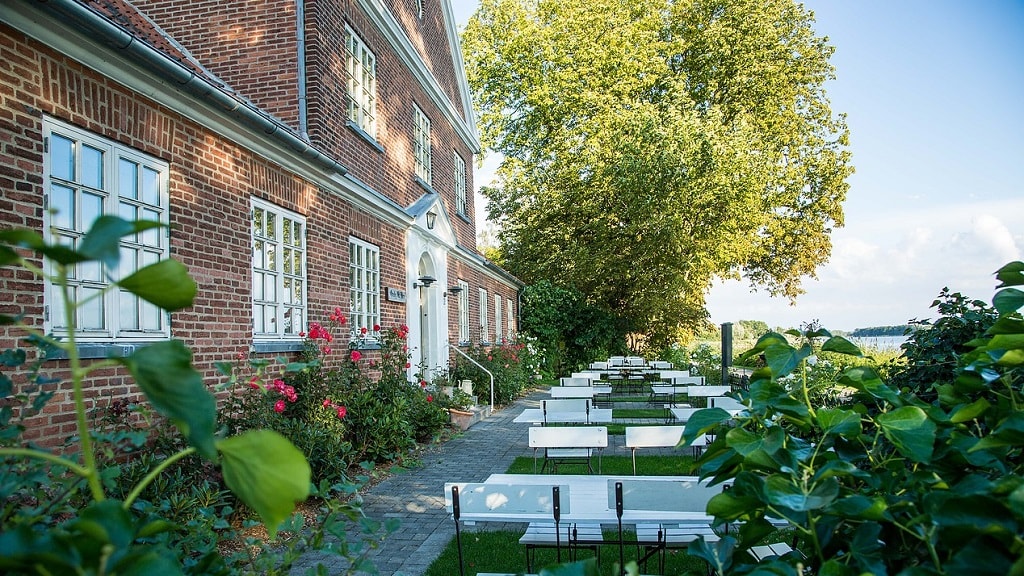 At Oreby Inn the vision is to serve tasty food made from fresh, local produce.

Oreby Inn is located at the foot of Sakskøbing Fjord with the most beautiful views in exceptionally peaceful surroundings.

The current main building is believed to have been built in 1847, but there has been an inn on the premises since the 5th of March 1737 when the original licence was granted by King Christian VI.

To begin with, only a small part of the current building was used as an inn. The part which is now the entrance area served as the actual seating area, and where the toilets are found today, there were chambers for the maids (the male staff slept in the back building and stables). The two small living rooms on the right hand side were private, and last but not least, the large hall with a fireplace was used for parties and larger gatherings.

The inn is of course modernised today, but attempts have been made to preserve some of the old style and atmosphere.

In 2001, Oreby Castle, Oreby Mill, and Oreby Inn were bought by Hans Michael Jebsen who has a special ability to find and preserve hidden gems in Denmark. Since January 2018, the inn has been leased and run by Filip Kardel.