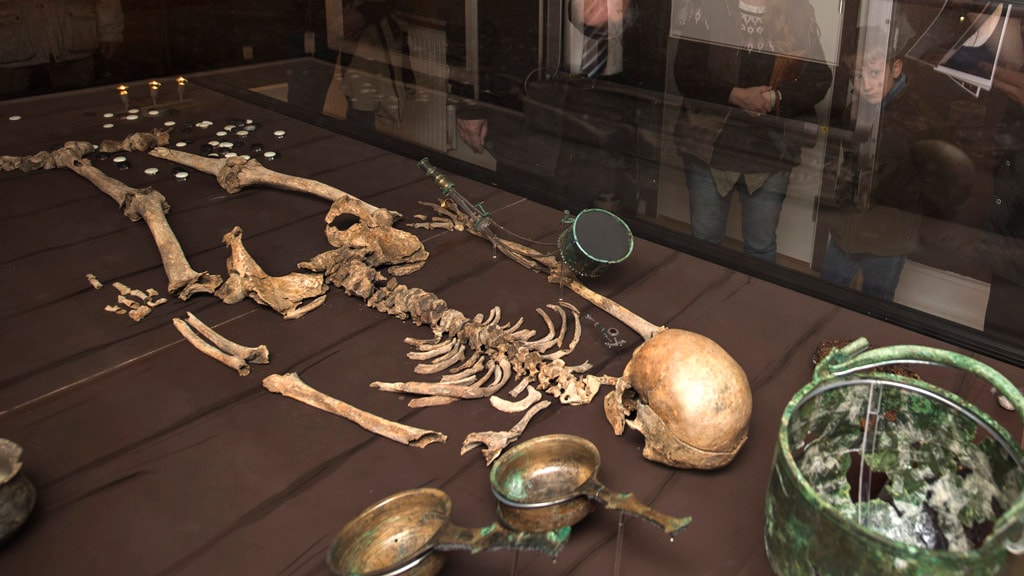 The Prince of Ishøj

In the fall of 2007, the Kroppedal Museum made an archaeological excavation on the outskirts of Torslunde Village in Ishøj Municipality. What at the beginning of the excavation was a football field, would soon prove to conceal the grave of a rich prince from the Roman Iron Age - around the year 250 AD.

Now Bredekærgård exhibits the remains of the prince from the Roman Iron Age on Bredekærgård and tell the story of his life. A life that was surrounded by Roman luxury goods but ended with a violent death on the battlefield.