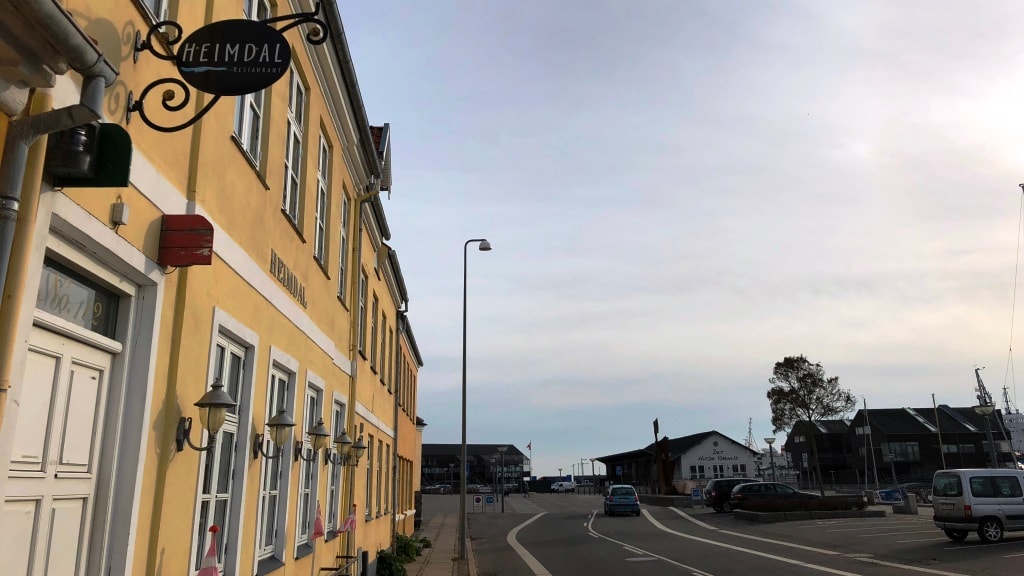 Restaurant Heimdal's building was built in 1854 and originally called the "Ferndale" guesthouse. In 1903, the building was purchased by C. Christensen and a few years later by Peter Heimdal, who has given the name to the restaurant. In the evening there was often music and singing and a good fight. In the 19th century Faaborg was an enterprising maritime town.

The city's large grocery farms had their own ships, which sailed on the large gardens, where you exported grain to Australia, and many of the ships were built at Faaborg's own yards. At that time, the ships were built directly on the beach, and in 1872/73 Rasmus Møller's yard built the schooner "Heimdal" on the beach close to where the restaurant Heimdal is today. The schooner Heimdal has long since disappeared from the 7 seas, so back now is only Restaurant Heimdal which is and will be landfast, and exudes the lake and its many sailors. But if the floor starts to swing under you when you visit us, then that's certainly another reason and then it's time to go home to bed. Today, the restaurant's premises are filled with pictures and other effects from the old ships and their remains, almost an entire museum space. We wish you a good evening here with us.