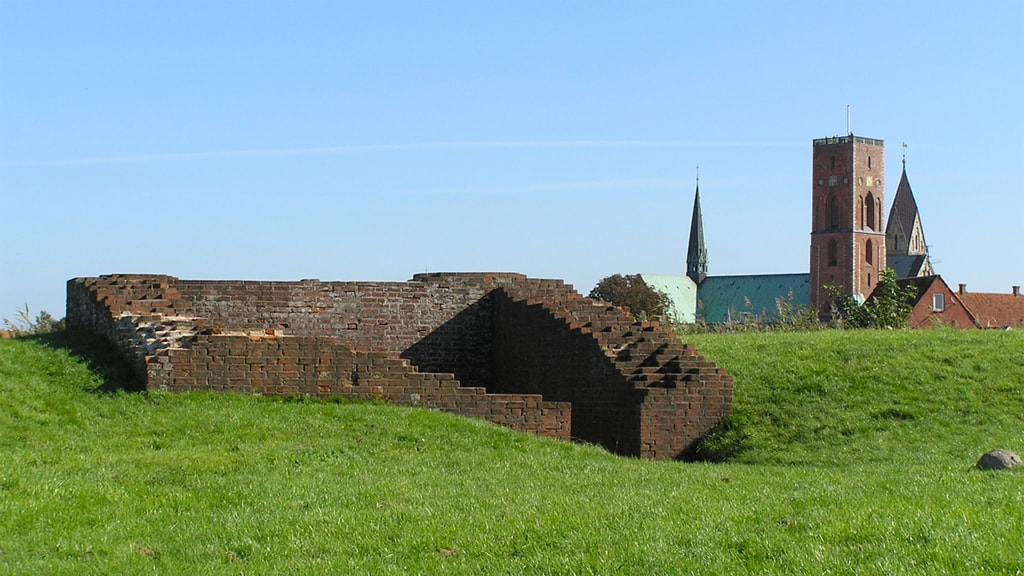 The former royal castle Riberhus is now only a rampart with a moat, ruins and Anne Marie Carl-Nielsen's statue of Queen Dagmar.

Queen Dagmar, who according to history was brought here from Bohemia by Valdemar Sejr (1170-1241). In everyday speech referred to as Slotsbanke.

The castle Riberhus was built in the early 12th century by King Niels, and was for the following centuries a favorite haunt of the Danish kings. In the 15th century it fell into disrepair, but remains the center of many historical events. With the Swedish wars in the middle of the 17th century, its role was played out and it was torn down.