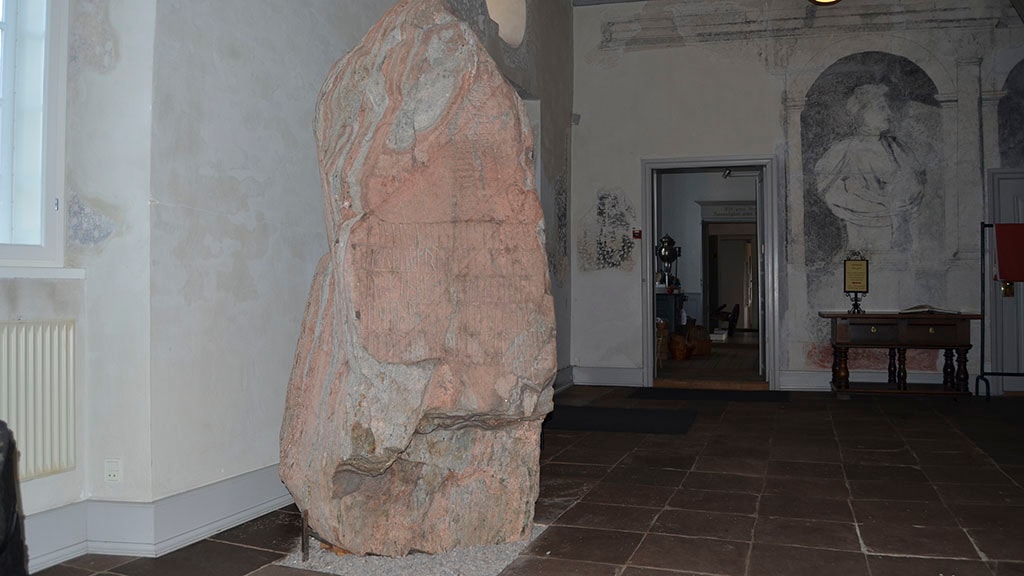 The Rune stone from Malt

The rune stone from Malt is a two-metre, three-ton rune stone that was found in 1987 near the river of Kongeåen. The location of the find was close to an old ford where wayfarers could cross a river, which is an excellent place to erect a stone with a message.

The stone is remarkable because the inscription is made with two different runic alphabets and because the texts run both vertically and horizontally. This is one of Denmark’s oldest runic inscriptions from the early Viking Age, i.e. about 800 AD.

There are different interpretations of what the text means. Today, we are accustomed to reading the top line first, but with a rune stone of this kind you should actually read the stone from the middle and outwards. With its two different runic alphabets, the stone isn’t the easiest to decipher in any case.

See if you can find the little head of a man carved into the stone along with the runes.

The stone is placed indoors in the hall of the Museum at Sønderskov. When it was found the stone was damaged and it is therefore displayed indoors to avoid any further weathering. The stone can be visited during the museum’s opening hours.