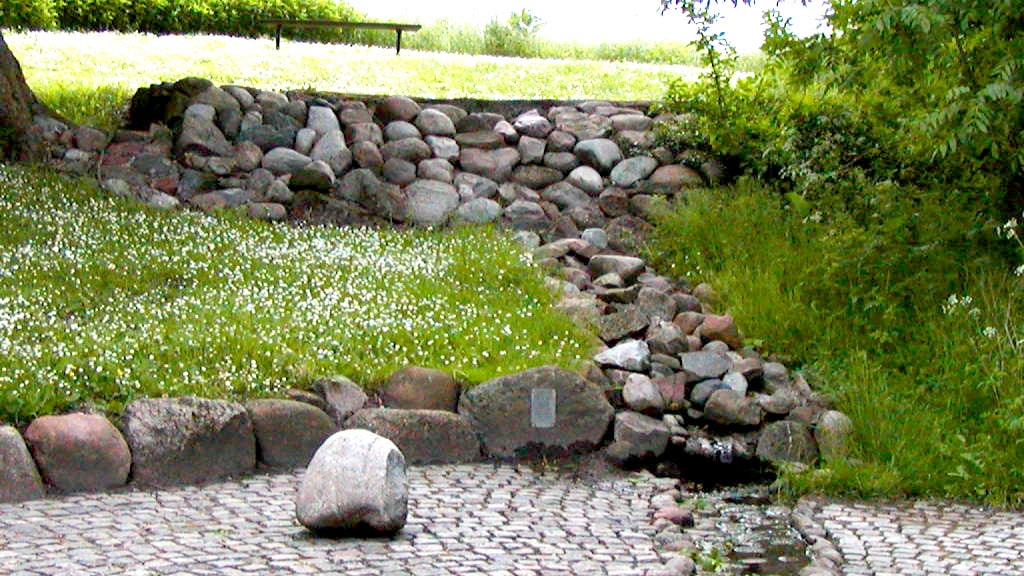 History is awash with legends about sacred springs and magical powers. One such spring is Regisse Kilde, which Hans Christian Andersen was inspired by during one of his many stays in East Funen.

In various places in Denmark, there are springs that were once regularly frequented, especially on Midsummer’s Eve, by people who believed the water to have healing powers on this particular night. One such holy spring is Regisse Kilde in Frørup. Regisse or Reise Kilde, as it is sometimes called, is situated on the land belonging to Regissegård farm, close to Kongshøj Å river.

Holy springs almost always have a story attached to them, and Regisse is no exception. One story tells of Regisse witnessing the slaughter of her children, and that the spring emerged where this took place. Another tells that the farmer for whom she worked attacked her, and the spring emerged where she fell. A third suggests that the name comes from a young woman who preached Christianity in the early days and paid for doing so with her life. Where her blood flowed, a miraculous spring appeared.

Regisse Kilde was renovated in 1995, during which time several finds were discovered from the Middle Ages.

As a child, Hans Christian Andersen visited the holy spring with his mother, who participated in religious gatherings at the annual Midsummer Market by the spring.
Andersen grew up devout and superstitious, and both Jesus and the Nordic gods attracted him. This background inspired his novel “Only a Fiddler”, which was published in 1837.