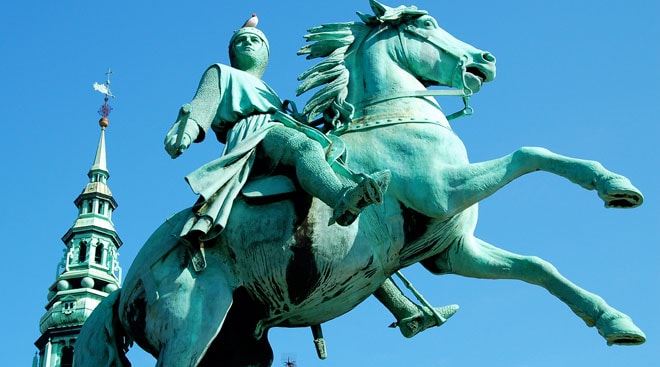 The equestrian statue of Bishop Absalon, founder of the city of Copenhagen, was errected in 1902.

The fish and wavy lines on the base of the statue symbolise the herring fishing, which in Medieval times contributed to the wealth of the small fishing hamlet.

After a fortified castle had been constructed on orders from Absalon in 1167 it was called Kaufmanne Hafen, meaning Merchants Harbour, today København or in English: Copenhagen.