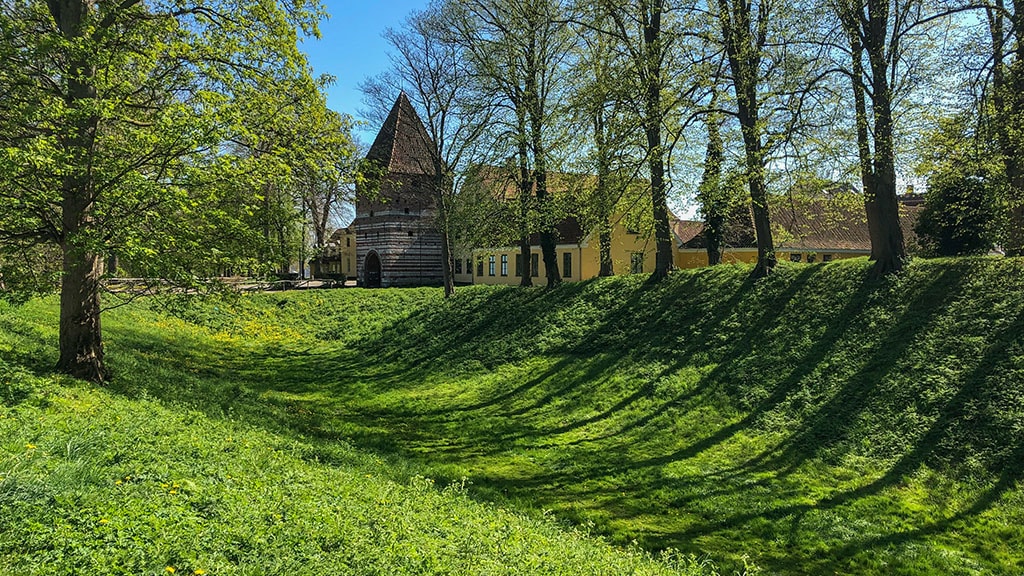 In Stege town you can experience the city ramparts and the mill gate, which testify to a time when there were fortifications around the town. Many old towns have had these ramparts, but where most have been continuously leveled, Steges still exists.

The city ramparts and the 800 meter long moat invite you to a wonderful walk in green surroundings. Mølleporten is one of two remaining medieval city gates in Denmark. The gate was built at the same time as the ramparts and was actually built around the year 1400. On one of the chalk stones on the mill gate you can read the year 1674, which is believed to originate from a rebuilding, where the 1st floor was included as a prison. The gate has been renovated several times and the last time was in 1902. It is known from studies that the mill gate has been higher than at present, as the building's plinth has been found 1 meter below the current street.

The mill gate served as a goods check for travelers and farmers, and at night the gate was closed down to secure against assault and theft.