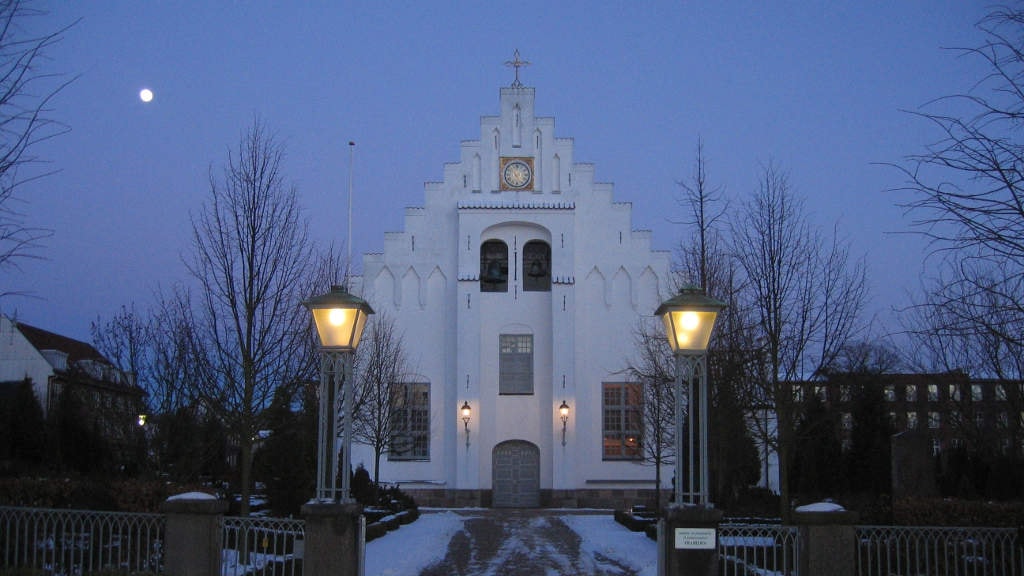 The present structure was consecrated in 1690, and built in a late medieval style. A few decorated stones are included in the foundations, which come from a medieval church that was pulled down shortly after the setting up of Fredericia as a fortified town around 1650. The Romanesque font comes from the same source and along with a Baroque font canopy, is one of the church`s treasures. The majority of the interior is otherwise influenced by the late Baroque style. There are several memorials in the cemetery that are of significance for military historians.

Alternative arrangements to view can be made on application to the office, Danmarksgade 61, Fredericia, Monday-Thursday 9-1. Thursday also 4-6 and Friday 10-12.