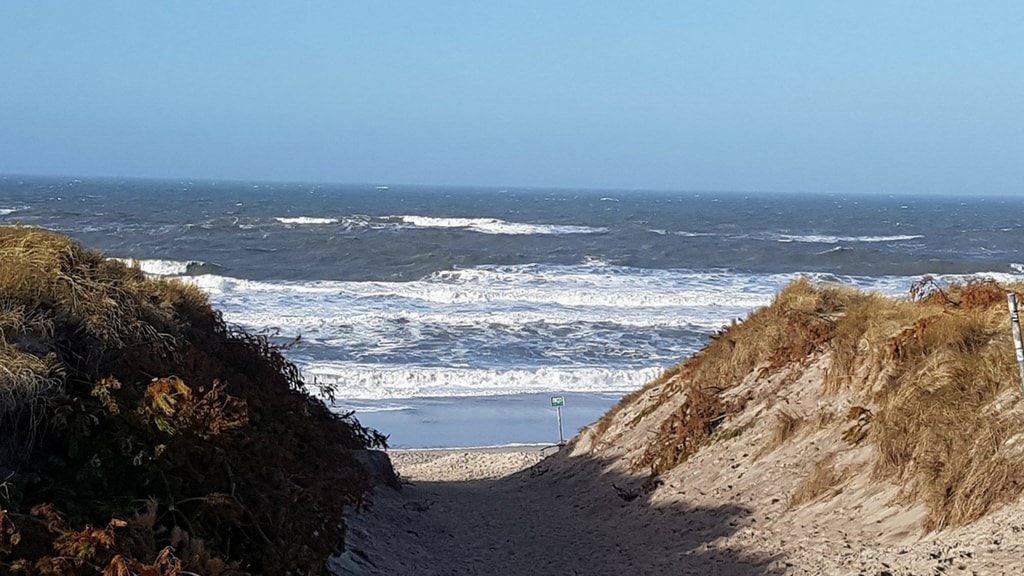 There are several suitable routes which all start from local car parks. The route marked on the map is the yellow route.

The trip takes in many different areas including the sizeable and beautiful dune known as “Marens Maw” (Maren’s Stomach). It commands exceptional views across the plantation, the dunes and the North Sea.

The route will take you past the parabolic dune Gryden (The Pot). Its shape is typical of many dunes and results from the closure of the u-shaped opening in the dune by newly formed dunes.

During your trip you will pass down Raketvejen (Rocket Road). Its name dates from the time when rockets were used to shoot a line out to stranded ships. You can still see rocket equipment at Strandgaarden Museum by Husby Klit (Husby Dune) and at Strandingsmuseum St. George (St George’s Stranding Museum) in Thorsminde.

More information about the many routes available can be found at the area’s car parks.