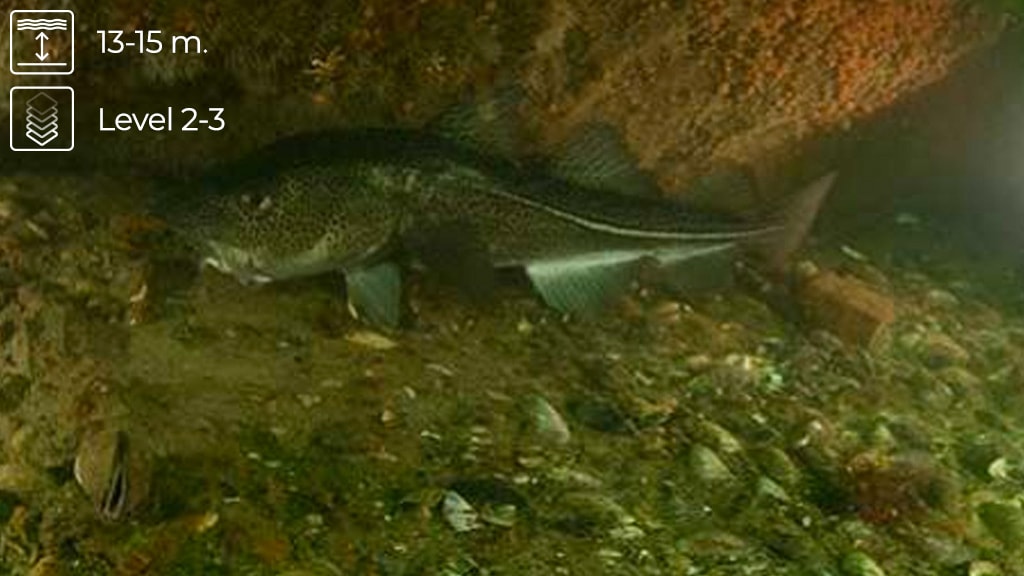 Wreck dive: Arete - The eastern part of the Langelands Belt

The Arete is spread over a large area of seabed. Despite this, it is possible to get a good sense of the wreck. Like other wrecks in the area, it is densely overgrown with algae, sponges, anemones and other invertebrates.

Depth: 13m to 15m
Highlights: The boiler, many cavities, and the remains of the bow.

Safety
You must always fly the A-flag when diving, a boat handler should remain on board when divers are in the water.

About The Arete
On the morning of the 20th April 1942 the Arete was sailing on its way to Holland carrying a cargo of rolls of paper and other goods, when suddenly she hit a mine and sank very quickly. 4 of the crew of 13 men were lost, the survivors being picked-up and brought ashore by local fishing boats.

The wreck of the steamship Arete is now lying on it’s keel, but has now largely broken up and collapsed. In and around the wreck it is still possible to find some of the rolls of paper that the ship was carrying to Holland, and if the paper is rolled out you will see that it is still white, despite of the many years it has been underwater.

Although the front portion of the ship has now largely broken up, from time to time it is still possible to meet a ling or a lump sucker if you take a look under the bows. While you in this area take a look under the deck-plates, it was here that the spare propellor was stored, and it is possible it is still here. Between the plates and the other debris large cod can often also be seen.

As you move towards the stern of the ship you will find the remains of the boiler and parts of the engine. Here, the breaking up of the ship is also well underway, and because of the shallow depth and the strong currents in this part of the Langelands Belt, great changes in the wreck often can be observed. Over the years the wreck of the Arete has become spread over a wide area, but despite this you can still get a good feel of the ship. Like the other wrecks in the area it is now densely overgrown with algae, sponges, anemones and other polyps.

A number of different artifacts have been brought up from the wreck over time, new items often coming to light as the ship breaks up further. As the wreck is lying quite some distance offshore it is not visited quite as often as some of the other wrecks in the area, therefore you will nearly always have the wreck to yourself.

The shallow depths means there is usually plenty of light, but it can be a good idea to bring along a lamp so you can illuminate underneath the different parts of the wreck.