The new castle inspired property provides a true fairy tale experience with 142 specially themed rooms fit for a princess or a knight; for aspiring wizards and even fiery dragons. The huge Castle-like hotel LEGOLAND Castle Hotel also features a restaurant for 300 diners, an indoor play area and a large outdoor playground. Prices start from £318 per night for a family room which sleeps up to five people on a B&B basis.

The fairy-tale theme continues with a daily ‘Battle of the Brick event running through to 17 August 2019 and will see knights on real horses competing with lances in a tournament to win the coveted LEGO trophy.

LEGOLAND is packed with family fun and guests can explore other themed areas such as Miniland, where more than 20 million LEGO blocks have been used to recreate model versions of iconic Danish and international sights. In LEGOREDO Town, visitors can live as cowboys and try the Flying Eagle rollercoaster, which opened last year as part of the LEGOREDO Town expansion. Other areas include Pirate Land, Polar Land, Adventure Land, Ninjago World and Knights’ Kingdom. For older kids the LEGO House, only a few minutes’ walk from LEGOLAND, offers an interactive ‘hands-on minds-on experiences’ where they can experiment and express their imagination with LEGO bricks by moving through colour-coded ‘Experience Zones’ to solve puzzles and put their creative skills to the test.

Entry price for the theme park is at £42 for a one-day ticket, if booked online. 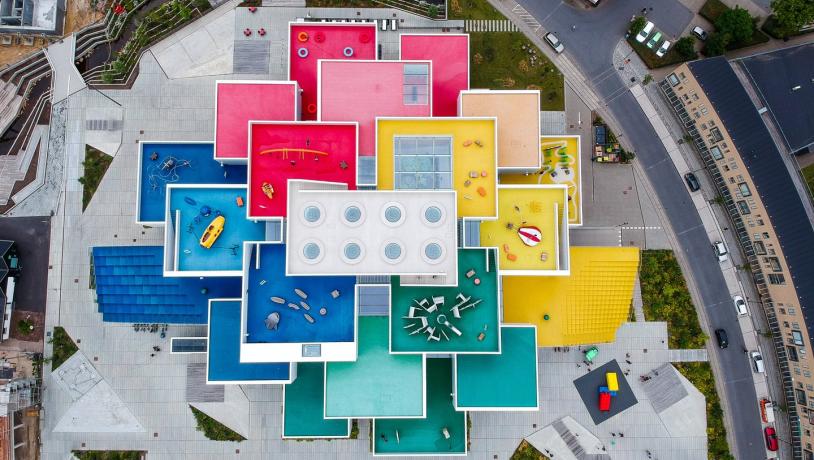 LEGOLAND is just one part of the LEGOLAND Billund Resort experience.  The Be Happy Pass gives families access to unique experiences and various discounts at other major attractions in the region. These include a massive waterpark next door at Lalandia where kids can cool off in Europe’s longest outdoor Wild River water slide or dive down to the Cave Pool where they’ll see colourful tropical fish swimming past in a huge underwater aquarium.

Also included is nearby Givskud ZOO which is celebrating its 50th anniversary on 12 August 2019. The wildlife safari park enables visitors to drive among lions and monkeys and see rhinoceroses, gnus, gemsboks, black horse antelopes and African buffalo roam free in large enclosures. To mark the anniversary, it has introduced a new habitat for the Peruvian Spectacled bear and has opened a new play tower and a new swing set for disabled children this year.  New exhibitions at the zoo also focus on biodiversity, life after death and introduce children to the problems of plastic contamination.

For adrenalin junkies there’s more animal style antic at Gorilla Park in Vejle where older families can feel the thrill of swinging on 2km of tree top high ropes on six different courses with varying degrees of difficulty. Gorilla Park Vejle offers more than 100 great elements at heights from 1-21 metres including zip lines, Tarzan swings, base jumps, climbing walls, BMX and snowboard. The Gorilla Big Swing is a pure adrenalin rush. Participants get the feeling of free falling from a height of 15 metres, before sliding into the swing and then a split second of weightlessness just as the return swing begins.

Stepping back in time families visiting the Ribe Viking Centre can see Viking history come to life at Denmark’s oldest town, Ribe on the west Jutland coast. Offering a fascinating re-enactment of the Viking’s way of life, visitors can grind flour using ancient techniques and bake flat bread over the flames in true Viking style. On a visit to the royal mint they can even make their own copy of the coins in use in the eighth century at the marketplace by the Ribe Å river.

The Viking adventure trail leads on to the UNESCO World Heritage site at Jelling, where the Viking king Gorm the Old and Harald Bluetooth erected two famous rune stones, built the largest Viking structures of the period and converted the Danes to Christianity. As a living memorial, the town features the Royal Jelling Experience Centre – where visitors can embark on an interactive journey back in time. 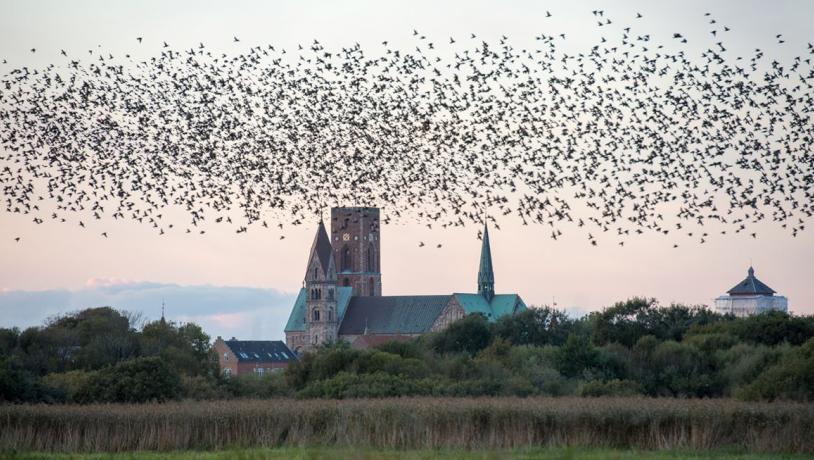 Fast forward into the 20th century, for those keen to learn more about WW2 history, the Tirpitz Bunker was part of the Atlantic Wall built by the Germans along the coast of South-West Jutland. They started building the bunker in 1944 but never finished it. 75 years later the Danish architect group, Bjarke Ingels Group have turned the bunker into an impressive hidden away, state-of-the-art, glass and grass roofed museum in the coastal dunes. The museum now comprises four separate exhibition spaces featuring the Atlantic Wall, life on the Danish West Coast, the World’s largest collection of amber and a visiting exhibition area.

Just off the coast families can spot seals and look for Oysters in the Wadden Sea National Park. Now a UNESCO World Heritage site it’s also one of Denmark's most ecologically important areas as a home to birds, seals and oysters. At low tide up to 700 seals fill the sandbanks on Sønderho beach on the island of Fanø and can be observed from the deck of a harbour cruise. Guided tours such as foraging excursions for fresh oysters and to see the ‘Black Sun’ can also be arranged.

LEGOLAND Billund Resort is easily accessed from Billund Airport which is located right in the heart of the area.

British Airways has daily flights from Heathrow to Billund cost from £70 per person one way a well as flights from London City Airport and Manchester to Billund through the airline’s franchise partner Sun-Air.