2020 is set to be another landmark year for visitors to Denmark with new attractions opening across the country from a major expansion of the original LEGOLAND at Billund to the reopening of several historic museums in Copenhagen.

The long awaited Copenhill in Copenhagen and WOW Park in Jutland will take visitors to new heights whilst Danish art and design again will hit the headlines with the reopening of the Ordrupgaard Museum of art and the new Holmegaard Værk museum which is opening on the site of a former glass factory.

Here are the highlights:

For music fans the iconic Roskilde Festival is celebrating its 50th anniversary in 2020 with celebrations throughout the year. The anniversary will focus on the youth culture that laid the foundations of the festival in 1970 and which continue to this day.  Events will be held in collaboration with local partners such as Ragnarock and Roskilde Museum of Contemporary Art.

Whilst for footie fans a big summer of sport in 2020 will see the EURO 2020 UEFA European Football Championships taking place across 12 different countries in Europe with four matches being played in Denmark for the first time at the Danish national stadium Telia Parken in Copenhagen between 12-29 June 2020.

Thirsty runners are in for a treat on 15 July 2020 as Skagen in North Jutland hosts the second Rosé Race.  Participants will be able to stop for ‘refreshment’ at six places along the route on either a ‘walk and rosé’ or ‘run and rosé’ over 8 or 14 kilometres, along the scenic coast. 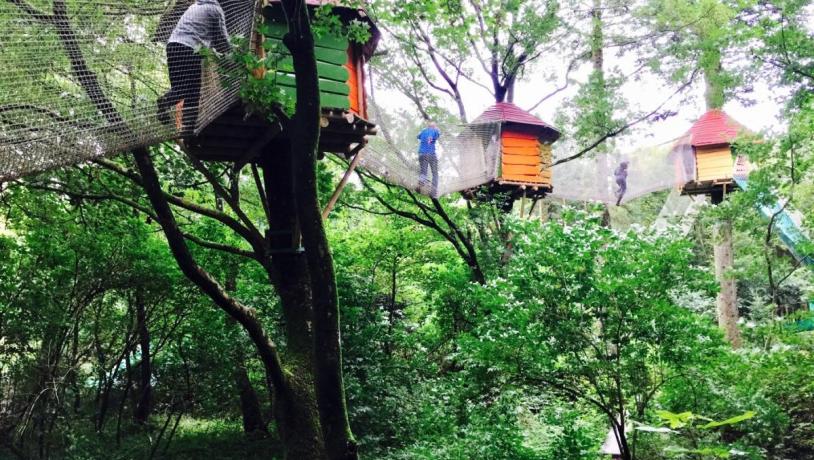 The big news from the original LEGOLAND at Billund in southern Jutland will see the opening in spring 2020 of THE LEGO® MOVIE™ World and Scandinavia's first Flying Theatre. Joined by characters from the movie, visitors will be sucked into the lifelike LEGO® MOVIE™ universe for an action-packed ride with lots of wild effects in Emmet’s Flying Adventure - Masters of Flight and can take on a breath-taking mission to fight the DUPLO® invasion from outer space in the interactive ride Apocalypseburg Sky Riders.

Visitors to the Billund area will also be able to experience a new outdoor activity WOW Park which is set to open in May 2020. Located in a 28-acre forest between Vejlevej and Koldingvej, close to Billund, the site is being transformed into an activity park for families with children of all ages, to help them reconnect with nature. In this second WOW Park for Denmark (the first one opened in 2013 near Skjern in West Jutland) visitors will be able to explore tree houses, hidden huts and scamper through the forest on a network of giant walkways, providing a fascinating place of exploration where movement, fresh air and learning all combine into a one exciting unit.

The Long awaited opening of CopenHill in Copenhagen on 4 October 2019 is set to be a big draw for visitors to the Danish capital in 2020.  The new, artificial ski slope and recreational running and hiking trail has been built on top of Copenhagen’s Amager Bakke Waste-to-Energy Plant. Designed by Danish architect, Bjarke Ingels Group (BIG) the building has a roof top café and ski slope. Ski equipment is available to hire, and green walking and running trails allow visitors to wander and explore. For those with a real head for heights there is an 85-metre high climbing wall, the tallest in the world. At 10m wide it has grips and different obstacles on the way up and has been designed to look like a mountain wall with different outhangs. Aimed at experienced climbers with the right certification the routes up the wall are rated by difficulty, where climbing becomes harder the higher you go. 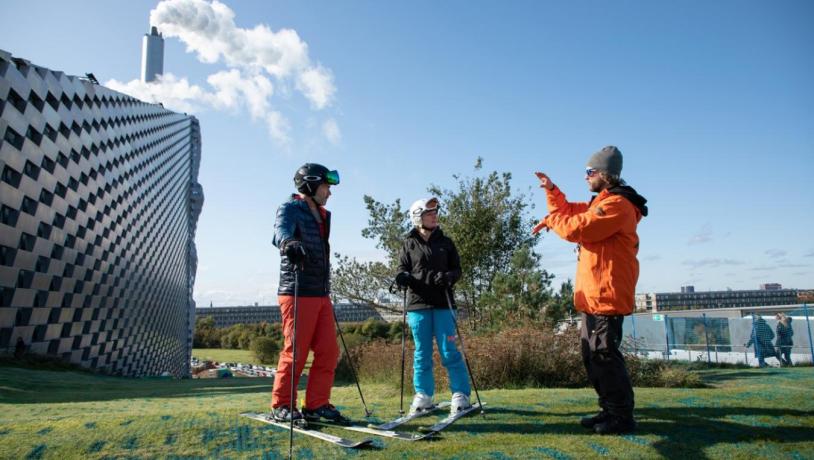 Next year visitors to Denmark will be able to seek out a choice of historic museums as they reopen their doors.  The Museum of Copenhagen reopens in spring 2020 having moved to a new location on Vestre Voldgade. The museum will be a source of information on the city’s past, present and future and a reference point of its archaeology enabling city planners to make best use of the space within the city.

VisitCarlsberg is also set to reopen in 2020 following a major renovation and modernisation, whilst still maintaining the heritage of the iconic old brewery.

Following a devastating fire in 2013 the Museum of Danish Resistance (Frihedsmuseet) will reopen in May 2020 in the same location where 75 years after the end of WWII visitors will be able to see the incredible work of the Danish Resistance during this time.

Looking further ahead into 2021 the FLUGT Refugee Museum of Denmark is set to open. Located close to Varde in the original WWII refugee camp hospital, the 2,000 m2 Danish Refugee Museum will relate the story of the 250,000 German refugees who arrived in German-occupied Denmark after having fled the progress of the Russian Red Army. An adjacent modern building designed by Danish architects Bjarke Ingels Group (BIG) will provide the main entrance to the museum.

Meanwhile, in historic town of Ribe the story of Maren Spliid, a Danish woman who was burned at the stake in 1641, will be the starting point for the new witch museum. The museum, which is set to open in 2020, will showcase the extensive Danish source material on sorcery persecution, mainly of women, that seized the people of Europe in the 15th and 16th century.

10km north of Copenhagen the Ordrupgaard Museum will reopen in autumn 2020 with five new underground exhibition spaces designed by the Norwegian architects Snøhetta. The museum is home to one of Northern Europe’s largest collections of Danish and French art from the 19th and beginning of the 20th century, including a large collection of Impressionist art and an outdoor sculpture park. The five new underground exhibition spaces will resemble buried boxes, where only one of them is visible from the outside. These new exhibition rooms will link with the Zaha Hadid´s exhibition space (built in 2005) and the original early 20th century buildings, to ensures a new and complete connection of all the existing buildings.

Art and design are also the focus at the opening of the new museum Holmegaard Værk just an hour south of Copenhagen. Opening on the site of the old Holmegaard glass factory which closed in 2010, it will be Denmark’s largest museum for glass design and a flagship for crafts, cultural heritage and research.

As the Danish Queen, Margrethe celebrates her 80th Birthday in April 2020 the Danish nation will be marking the milestone with celebrations across the country. As a passionate supporter of the arts, and in particular the ballet, it is fitting that tributes will include a performance of George Balanchines ballet ‘Ballo della Regina’ (the Queen of the Ball) at The Royal Theatre in Copenhagen.

2020 also marks another historic anniversary with centenary celebrations of the reunion of southern Jutland into Denmark in 1920. Activities to celebrate the good relationship that is held between Denmark and its southerly neighbour Germany are planned and will begin with an official opening event in Copenhagen on 10 January 2020, culminating with a celebration of ‘Danish-German friendship year’ events taking place in southern Jutland from 10th-12th July. 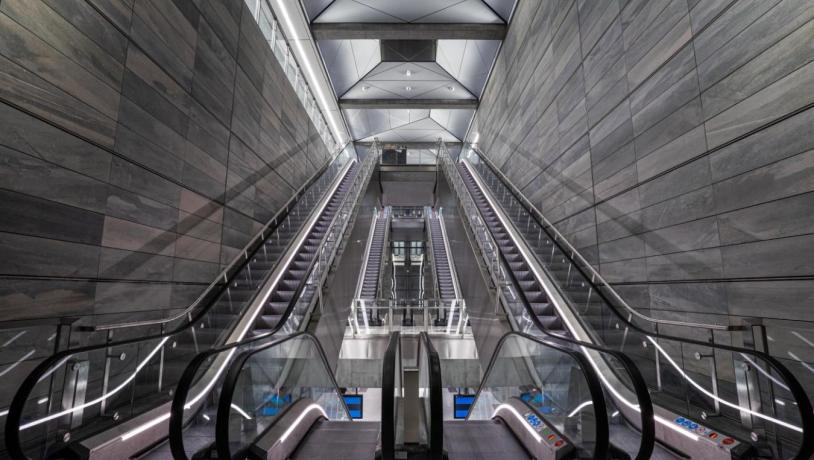 Getting around Copenhagen is now a whole lot quicker and easier since the new cityringen Metro opened in October 2019. Constructed in conjunction with the existing Copenhagen metro network the 15.5 km underground loop under downtown Copenhagen’s ‘bridge quarters’ and Frederiksberg has 17 underground stations linking the Nørrebro and Vesterbro areas with the city centre; making all the great restaurants, bars and shops even more accessible and now links up to central Station and the City Hall Square. And the metro news doesn’t stop here. A further addition to the new M4 metro line will be opening in 2020 connecting the northern harbour with the city centre.

Denmark is within easy to reach using direct flights from London, Bristol, Manchester, Liverpool and Edinburgh to Copenhagen, Aarhus, Aalborg and Billund.

SAS flies from Stansted and Heathrow to Copenhagen and from Manchester to Aarhus with prices starting from £60 one way.

BA has flights from Heathrow to Copenhagen and Billund.