One of the world’s best restaurants reopened their doors to the public today, May 21. And no stranger to change, noma will do things slightly different.

The Danish restaurant spearheaded by head-chef René Redzepi will try something they have never done before as they’re becoming a wine and burger bar in their first phase of reopening.

They will also skip the waiting list as guests can’t make bookings, only offer takeaway or outside seating in their garden overlooking the lake at Refshaleøen as well as lowering their prices.

Their opening menu will consist of wine, beer and two types of burgers.

On Monday, May 18, all Danish restaurants, cafés and pubs were able to open again if they can meet certain guidelines. This includes at least 1 metre distance between the different parties.

The reason behind noma’s change to a burger and wine bar is not permanent. It is to give the team additional time to prepare for the restaurant’s reopening. Noma currently has the second spot on The Worlds 50 Best Restaurants list and being closed for two months means that it will take weeks to get the kitchen back to the levels they were at before, they say. Another reason is to give them time to make adjustments according to the health and safety regulations set by the government and to set their own strict protocols. There is no official opening date of the restaurant yet.

Here are a few other gourmet restaurants who are doing things slightly different at the moment. 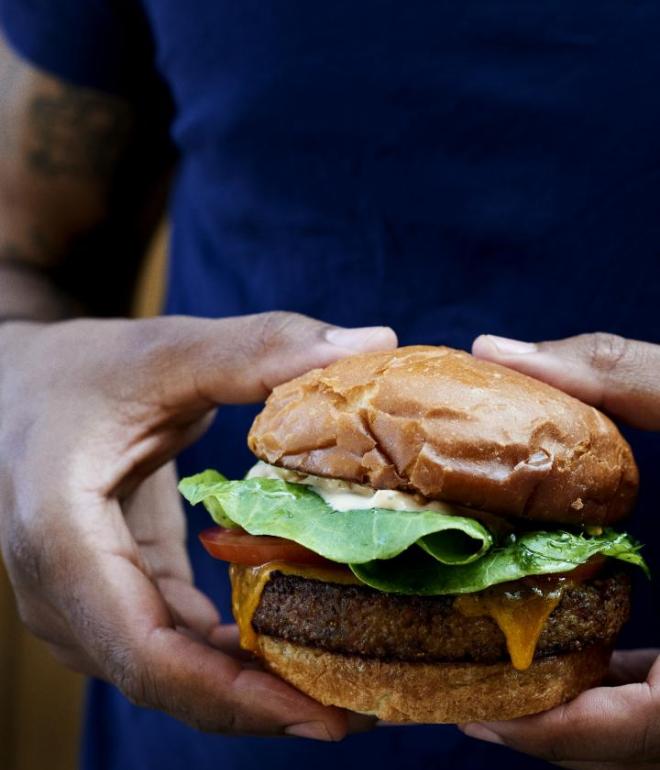 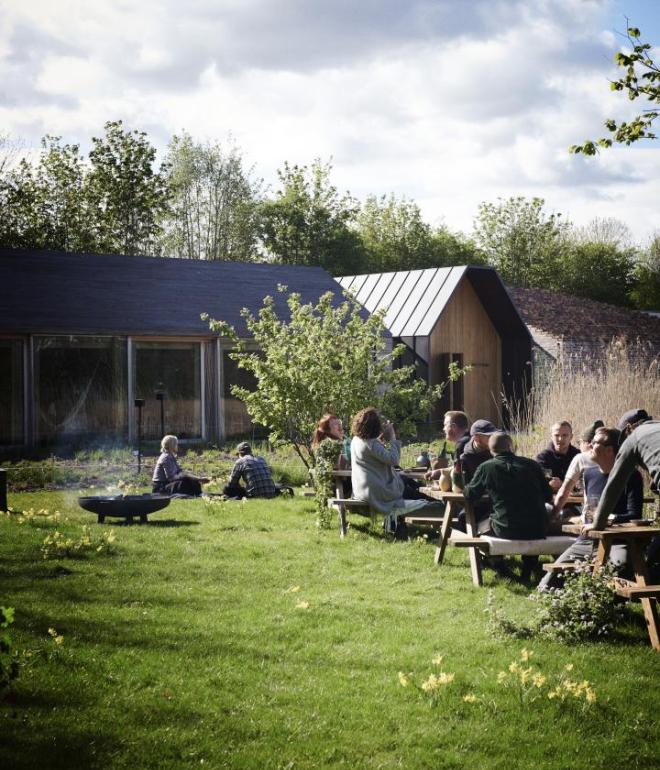 The three-Michelin-star restaurant Geranium will be reopening their restaurant on the 3rd of June. Before announcing this, the employees of the restaurant currently taking the fifth best spot in the world, were spilling secrets as they were sharing their favourite family recipes. Head to their Instagram to learn how to make pear tart, Mediterranean bread, orecchiette with crusco pepper and head-chef Rasmus Kofoed’s perfect oven-roasted potatoes. Geranium has also announced that they are opening a new lunch restaurant, Angelika, from 4 June.

The fried chicken from restaurant Amass has been a much-loved Copenhagen favourite for years. Now, Amass has decided to open up their very own fried chicken shop Amass Fried Chicken (AFC). Amass is run by former Noma chef Matt Orlando, who is renowned for his ambitious organic cuisine and locally sourced ingredients. Amass Fried Chicken opens May 21, by the Amass restaurant.

The two-Michelin-starred adventurous restaurant Alchemist in Copenhagen opened up their doors to the Danish public again on May 20. The restaurant is well-known for serving an impressive 50 course menu over six hours. For the past two months while the restaurant was closed, head-chef Rasmus Munk decided to use his skills in other ways. He has been cooking for the homeless in his charity project Junk Food CPH making use of his four empty kitchens to benefit others. Here, he and fellow volunteer chefs delivered more than 20,000 meals.

See his update about the project here.

From Thursday May 21, Marchal will be reopening after having offered gourmet takeaway for the last two months. The restaurant is part of the exclusive Hotel d’Angleterre and it currently holds one Michelin star. The reopening means that Marchal is taking a break from offering takeaway ‘Marchal to go’ which included creamy lobster bisque, lumpfish roe with black wheat blinis, calf in spring fricassee and much more.

See the pictures of the delicious food on their Instagram page.