Reasons to visit Denmark in 2021

Next year is set to be a stellar year in Denmark, with international sports events, World Pride and a range of new attractions that put the country on the map for international visitors.

The implications of Covid-19 mean that the situation is evolving; the information here is current at time of writing, and will be updated if anything changes.

Following the rescheduling of Euro 2020, Copenhagen will be among the cities hosting the Euro 2021 football championships, due to be held between June 11 and July 11 2021. Fixtures will be held at the city's Telia Parken Stadium.

In 2021, Copenhagen and the neighbouring Swedish city of Malmö are set to co-host LGBTQIA WorldPride in combination with the EuroGames sports event. Running August 12-22, it will be a massive celebration of equality, arts and human rights, with stage shows, a sporting arena, and much more. 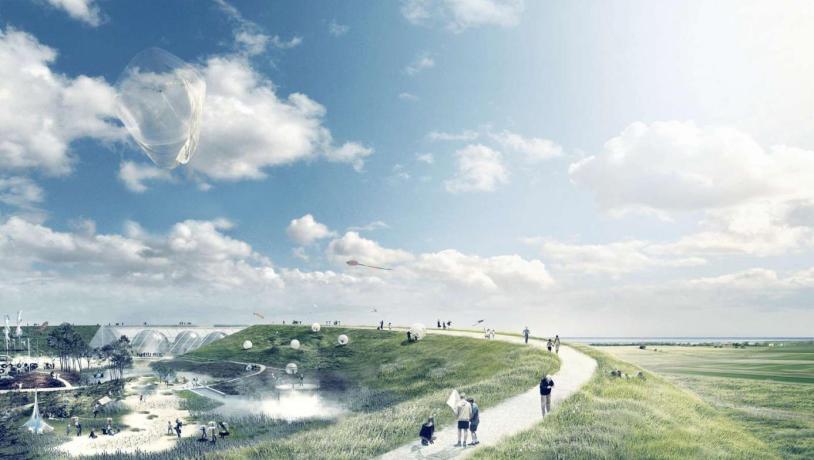 Hidden from the public and the enemies of the country, the Danish authorities built an atomic bunker in the 1960s to accommodate the government and parts of the royal house during World War II. The facility - called Regan Vest - is an underground city with room for 350 people including. hospital and 232 rooms. Deeply buried half a mile inside a hill, 60 meters underground, it is expected to open to the public in the second half of 2021.

This theme park (pictured above) dedicated to the powers of nature was set to open on 50 hectares of former seabed right next to the city of Ringkøbing in West Jutland in summer 2020. Reportedly the world’s first such theme park, Naturkraft seeks to instill in its visitors a greater awareness and appreciation of the powers of nature – and encourage sustainable living. It will have its first full year internationally in 2021.

Odense, the birth town of Denmark’s famous fairytale writer Hans Christian Andersen, will become home to a new Hans Christian Andersen Museum, designed by Japanese architect Kengo Kuma. Opening in 2021, the museum will also be the new location of the Tinderbox children’s centre that is themed around Andersen’s fairytales, in a city that has undergone significant urban redevelopment.

A new coastal visitor centre is underway at Thy National Park in windswept North Jutland, due to open in 2021. Cutting into the drifting dunes, the 700m2 visitor centre is designed by Loop Architects and will offer an underground view to the sea, sky and the local fishing town of Nørre Vorupør.

There will also be a new welcome centre at Mols Bjerge National Park at the ruins of Kalø castle, aimed at introducing visitors to the ice age landscape with maps, digital solutions, leaflets and bookable trips. Construction starts in early 2021.

New hotels expected to open in 2021 include the 243-room Hotel Round Tower from 25Hours Hotels, located next to the city’s Rundetårn in a former porcelain factory with a private courtyard, wellness area and several restaurants.

We are also eagerly anticipating the opening of Book1 Aarhus, the city’s new centrally located design hostel, and Copenhagen’s new sustainable luxury hotel, Villa Copenhagen, both due to open in 2020, but now expected to open a little later.

Camp Adventure has opened its grounds for glamping and has a series of yurts in the woodlands around the tower. Their first summer for international visitors will be in 2021.

Copenhagen will be the UNESCO World Capital of Architecture in 2023. This new title is given to the city chosen by the International Association of the World Congress of UIA and will highlight the city's architectural ambitions as a sustainable world city. The year of celebration will begin in July.

Cloud City is now due to open in Aalborg in 2023, a project transforming an Aquavit distillery into a cultural centre with the world's largest works in glass, designed by Bjarke Ingels Group (BIG). The exclusive art and entertainment district will have the world's largest artwork (30 meters high) by Tomás Saraceno, plus an art center, Summerbird 3-storey organic chocolate factory with entrance, regional theater, gourmet restaurants and boutique hotels. It builds on Aalborg’s strong modern architecture scene.