Denmark is a place of everyday wonder. Our great little kingdom is home to hygge, bikes, mouthwatering gastro experiences, historic castles and savage vikings. Oh, and did we mention we are some of the happiest people in the world?

Denmark may be small in size, but don't let that fool you! There is tons to discover here. We'll throw in the easy distances for free.

Denmark at a glance

Why your clients will love Denmark

Get out of the city and explore more of our flat, but incredibly charming country on a cool day trip 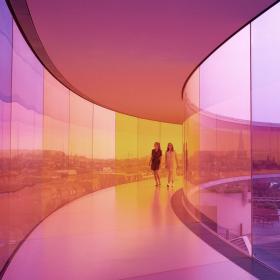 Why you should get to know Aarhus as soon as you can!

Why you should be getting to know one of Lonely Planet’s Top 10 European Destinations asap! 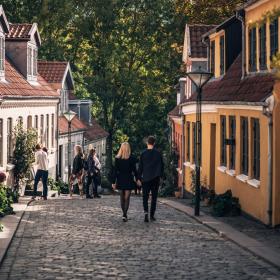 Odense: Step back in time at Hans Christian Andersen’s home

Explore the cobbled streets of Hans Christian Andersen's childhood home – a real step back in time! 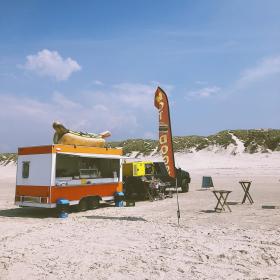 Danish food 101: Get to know the Denmark's mouth-watering classics such as smørrebrød and hot dogs.

13 awe-inspiring wonders in the North of Denmark

If you think we don't do big in Denmark, think again. These jaw-dropping sights will blow you away!

Denmark is made up of the mainland peninsula called Jutland and over 400 scattered islands. The largest of Denmark’s islands, Zealand, is where you’ll find the capital city, Copenhagen. Denmark is part of Scandinavia and shares a similar geography with the south of Sweden, to which it is attached via the Oresund Bridge, and Germany, with which it shares a land border. The Kingdom of Denmark also includes the enormous, self-governing territory of Greenland, situated near North America and the autonomous territory of the Faroe Islands.

Apart from the 68km-long border (42 miles) with Germany to the south, Denmark is surrounded entirely by water. The furthest you can be from the coast at any point in Denmark is only 52km (32 miles). At its West Coast, it touches The North Sea and this coastline is dominated by long, windswept stretches of sand and dunes. The North Coast runs up into the Kattegat and Skagerrak seas and is also a dynamic coast, with some of Northern Europe’s biggest shifting sand dunes. To the east, you’ll find a more sheltered coast and the calm waters of the Baltic Sea.

Denmark is within the Central European Time (CET) zone, thus, Denmark is 1 hour (UTC +1) ahead of the Greenwich Mean Time (GMT).

However, Denmark uses Day Light Savings time (also known as Summer time) which starts on the last Sunday in March and ends the last Sunday in October. During this period the time is using the offset UTC +2. You can check the specific dates for the time changes here.

You can check the specific dates on this website.

The national language of Denmark is Danish, a Germanic language. Danish has three special characters that come at the end of the alphabet: Æ, Ø and Å. The letter Å can also be written as AA, and you will notice many Danish cities start with this combination, such as Aalborg and Aarhus. You can learn a few useful words and phrases with this guide.

Denmark is a relaxed, liberal and thoroughly modern country. It is an egalitarian society where no person is more important than the next and everyone is treated with respect. There are many traditional aspects of Danish society which continue to play an extremely important part in everyday, Danish life...

Physical accessibility in Danish society has been rapidly improving over the last few decades. As a disabled visitor, you can access a wide variety of places, services and experiences on holiday in Denmark. Many local tourist offices have disability guides to their local area.