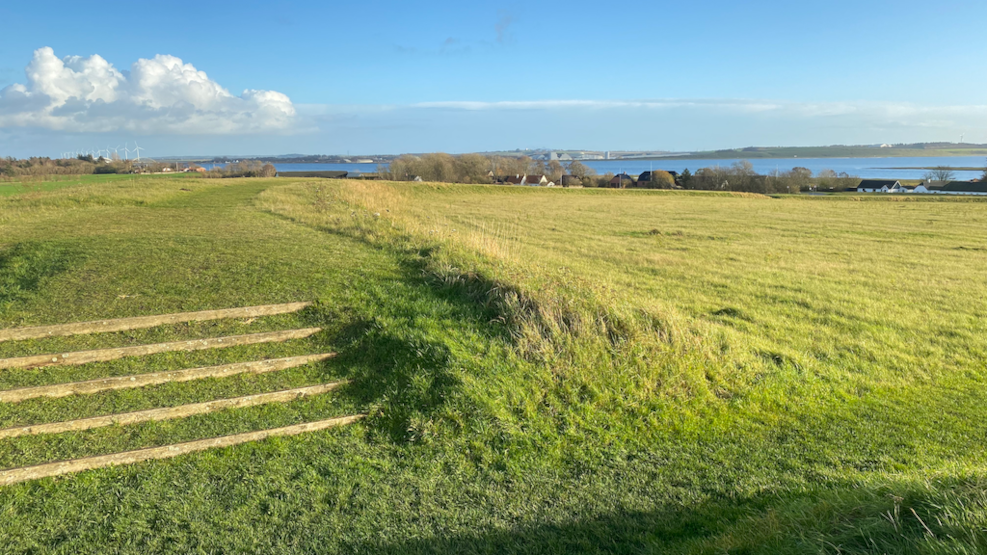 Of all known Viking castles Aggersborg is without a doubt the largest. It was built by Harald Blåtand in 980-81. The location was chosen because it overlooked the most narrow passage of the Limfjord.

Aggersborg has probably been the starting point for many of the expeditions the Vikings took to England or further north in Scandinavia.

The fortress was burned to the ground in 1086 and although Valdemar Atterdag later tried to rebuild it, it was completely destroyed in 1441.

The internal diameter is 285 m, and behind the rampart there were 48 houses.

An exhibition by the rampart illustrates the exciting history of Aggersborg

June 2017, the Aggersborg App is launchen, in which you can see how the castle have looked, while you visit the ground