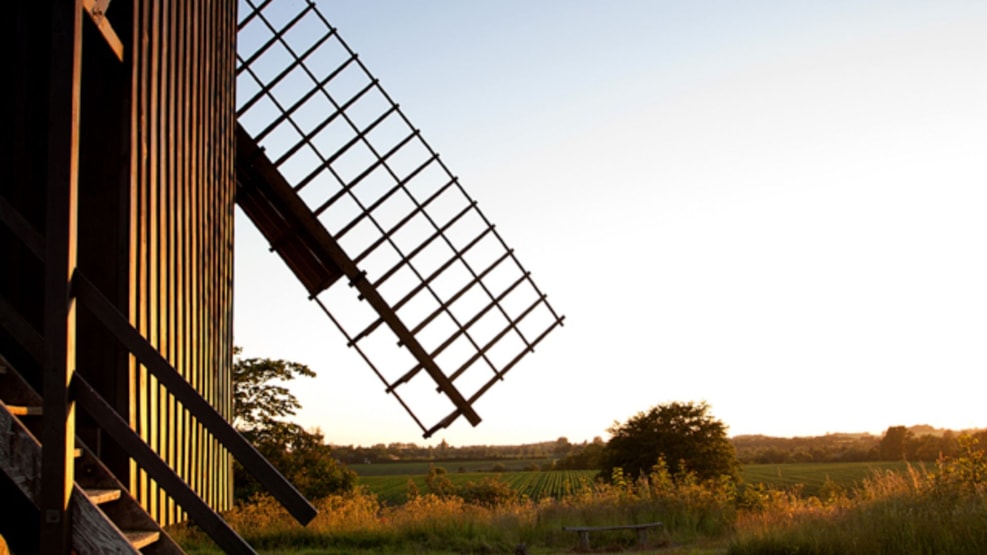 The Air is Loaded with History

The two old mills in Kolby and Brundby sit in state on the hills of southern Samsø, as beautifully restored memories of a time when everything went by a little slower. Both mills are open for visitors throughout the summer.

It’s a great idea to climb Kolhøj hill at the northern end of Brundby. The view of the eastern part of Samsø and further out into the horizon towards Sejerø and Røsnæs on Zealand is in itself worth a visit. And when you have the chance to get very close to Denmark’s perhaps oldest post mill – well, then there is no way getting round it.

Brundby mill started grinding grain almost 400 years ago. At that time, however, it was the inhabitants of Endelave who would benefit from this, as it was not until 1683 that the mill was sold to Samsø and thereby undertook a minor island hopping. The post mill was erected on Dansebjerg south of Brundby where it grinded grain for 130 years. It then moved to its present address on Kolhøj, where it was active until 1939.

On selected days during the summer months, visitors are invited to drop by to study how flour grinding took place in pre-industrial farming. Incidentally, the mill is still fully operational should anybody want to try to grind as it was done in the good old days. 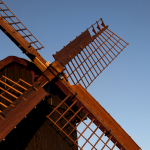 Brundby Mill
Built around 1630
Type: Post mill – a windmill made of wood, placed on a post to enable the whole mill to turn according to the wind direction.

The Dutch Basement Mill
On a hilltop by the road between Kolby and Kolby Kaas a little farther south, you will find Kolby Mill. With a birth certificate dating from 1859, the mill in Kolby cannot boast of the same old age as its colleague in Brundby, but the two mills still share their status as newcomers to Samsø. As it were, Kolby Mill was constructed in Hammel in Jutland and didn’t come to Samsø until 1899. Here the mill grinded grain up to 1948.

Kolby Mill is a Dutch mill, particularly a so-called Dutch Basement Mill, as the mill has a passage dug out under the mill. This made it possible for farmers to drive their horse and cart all the way up to the grindstones when they came to unload their grain in the olden days.

In the summer, Kolby Mill also invites visitors inside, where you can examine the special passage and the intact mill plant with grinders and sieves. 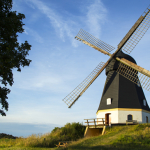 Kolby Mill
Built in 1859
Type: Dutch mill – unlike the post mill, it is only the top of the mill (the cap) that is movable.

Remains of Mill in Besser and Brundby
Samsø has provided land and hills for a number of mills throughout the ages and the traces of a few more can still be seen. In Besser, the present lookout tower was built on the top of an old mill post, and in Brundby it is also possible to climb the remains of another mill. Follow the signs towards the mill post from Mejerivej.