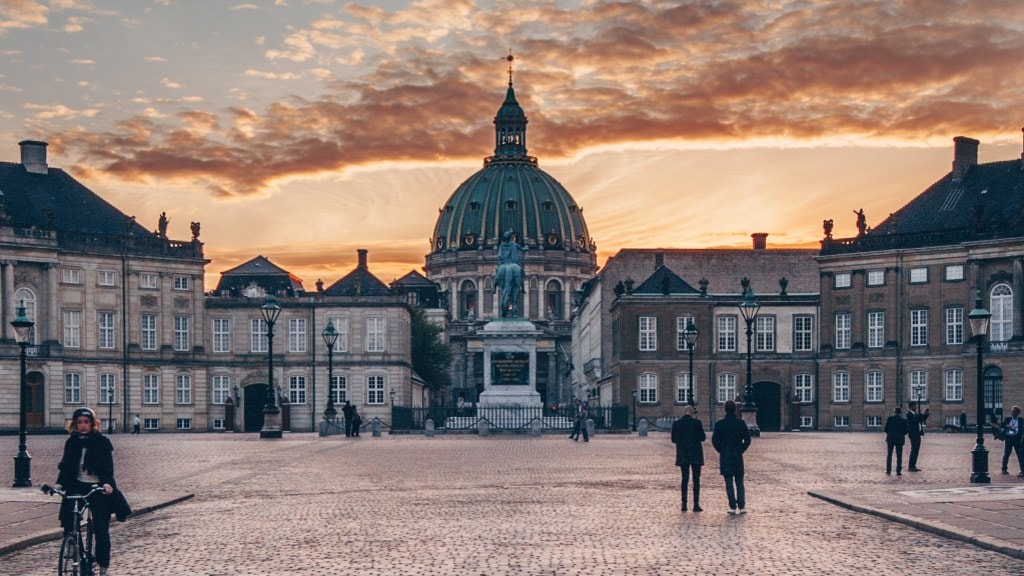 Amalienborg Palace is a must for anyone with a taste for royal history and the life of Denmark’s royal family who still resides inside the palace.

Experience royal history at the museum and sense the present of one of the world's oldest monarchies from the beautiful palace square where you can watch the changing of the guards.

Changing of The Royal Guard

Visit the museum and experience royal life past and present

Amalienborg Museum presents the private interiors of the most recent kings and queens and an exhibit on the monarchy today with its many traditions.

The scope of the museum stretches back 150 years to Christian IX and Queen Louise, who were known as "the in-laws of Europe" because four of their children ascended to the thrones of England, Greece, Russia and Denmark respectively.

As in a journey through time, the rooms of Christian IX, Queen Louise and their descendants stand intact. Each reflects the modern taste of its period and the personalities of the kings and queens, whether it is in military, Victorian, or knightly style.

TRAVEL TIP: With a Copenhagen Card in hand you get free admission to Amalienborg and over 80 attractions as well as free public transportation in the whole capital region.

The large garden room offers an insight into royal life and the monarchy in the 21st century. Royal life entails many duties and traditions, and there is plenty of opportunity to explore them and gain an understanding of what it means to be royal today.

On most days, there is admittance to the Gala Hall and the other magnificent rooms on the Piano Nobile. The royal reception rooms are still used by the royal family for representative purposes. Children are guided by signs designed to meet their needs and engage them.