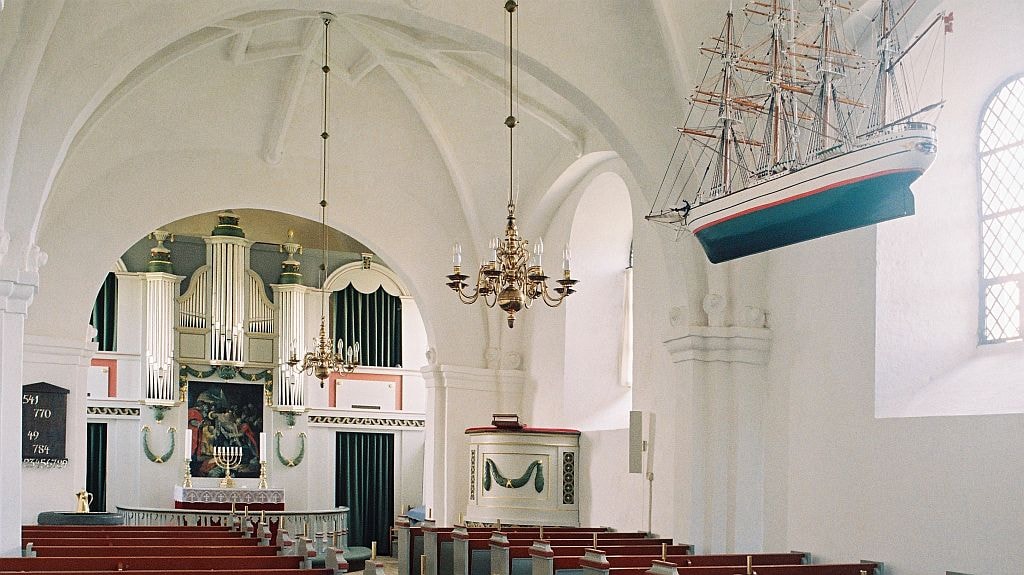 The church is built in the 12th or 13th century.

Originally it belonged to the manor “Nøragergaard”. One of the owners, Marcus Rosencrone (you can see his initials on the southern wall of the tower) paid for the tower, as well as a very special altar.

Several of the owners from “Nøragergaard” were buried in the church, but have later been moved to the cemetery.

The church is closed, but can be visited by contacting the gravedigger.