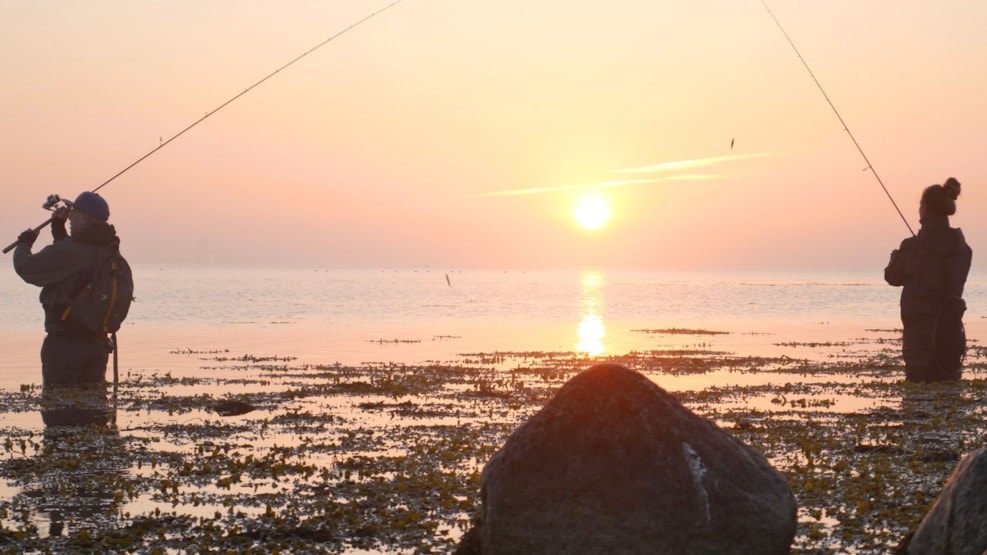 Fish fever and tackle-making on Samsø

We are Malthe and Pernille, a married couple. In 2016 we swapped a studio flat in Aarhus with a small house on Samsø. Fishing has been a part of our lives in the past but Samsø’s coastline has meant that we have seriously taken the bait - especially in the hunt for ‘silverware’ - the shiny sea trout.
Text and photos by Pernille Buch and Malthe Holm, tightlinelures.dk

Silverware on an old fork
One day, at lunchtime, Malthe took a fork from the kitchen drawer. The shaft looked exactly like a lure. The fork never touched the food. Malthe went to the workshop, cut the head off the fork, drilled a hole in each end, decorated it with Pernille’s nail varnish and attached a hook to the end. We took off to the shore with the fork-lure and landed a beautiful, shiny sea trout of 58cm.

Tackle-making and sea trout fishing on YouTube
Following the experience with the fork-lure, we became hooked on more complicated tackle-making. We have developed several types of tackle: in-line spinners, coastal wobblers, etc. We share the methods on our YouTube channel Tight Line Lures as well as fishing videos where we are fishing from the shore for sea trout.

Ragworm lure - a sea trout delicacy
Ragworm is one of the sea trout’s favourite dishes and has long been a source of inspiration in lure-tying. Why not a ragworm lure? That is why we have developed an in-line spinner we call ”The Rag”, where colours and patterns mimic ragworms. It turned out to be pure sea trout candy in the spring, when the ragworms are plentiful. On the first test fishing trip - and with the first cast - a beautiful, 45cm sea trout took the bait.

In addition to ”The Rag”, we also produce the in-line spinner ”The Shrew”, a lively lure made from white metal, which we paint with an airbrush in varying colours and patterns. Finally, the lures are given two coats of varnish.
All lures are designed and handmade in our small workshop on Samsø.
Good luck!

Check out Tight Line Lures at:

The lures can be purchased here: