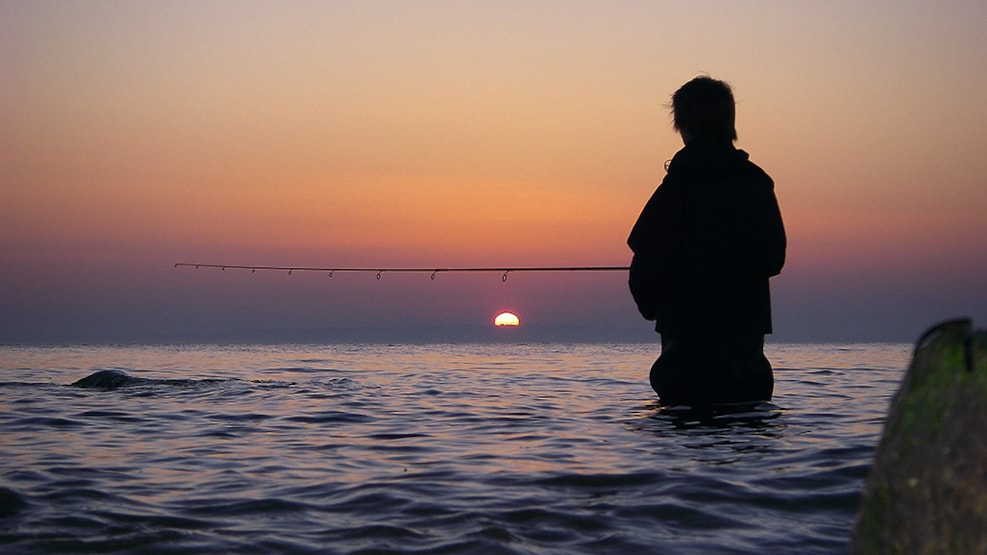 The varied coastline of Samsø offers unique opportunities for fishing: Garfish, sea trout, mullet, various types of flatfish and occasionally a cod. Those are the most common species along the coasts, so whether you are bait, fly or spin fishing there is plenty of opportunities.

The sea trouts are probably the most attractive prey for anglers – and they can be caught all year round. Samsø has no rivers or other fresh water possibilities, which puts a natural limit to winter and early spring fishing. Therefore the season doesn’t really start until April. The shallow south/southeast facing hollows with dark bottoms now holds shoals of sea trout. In May the garfish arrives and gather in large numbers in Stavns fjord. One can often see them move close to the surface when the sun shines. This is a perfect opportunity for the whole family to join, armed with fishing rods.

In late May, the first mullets arrive to the island and can be seen in the deep areas as dark shadows along the bottom. These are hard to catch but they can be lured with a fly or a piece of bread. The mullets stay around the island throughout the summer and leaves again in September.

In September the mullet fishing is peaking and the fishing for sea trouts during daytime is once again in focus. From around October and a month ahead one can often watch them jumping on the reef. October is also the best time of the year for fishing flatfish with dab and flounder to be fished directly from the coast.