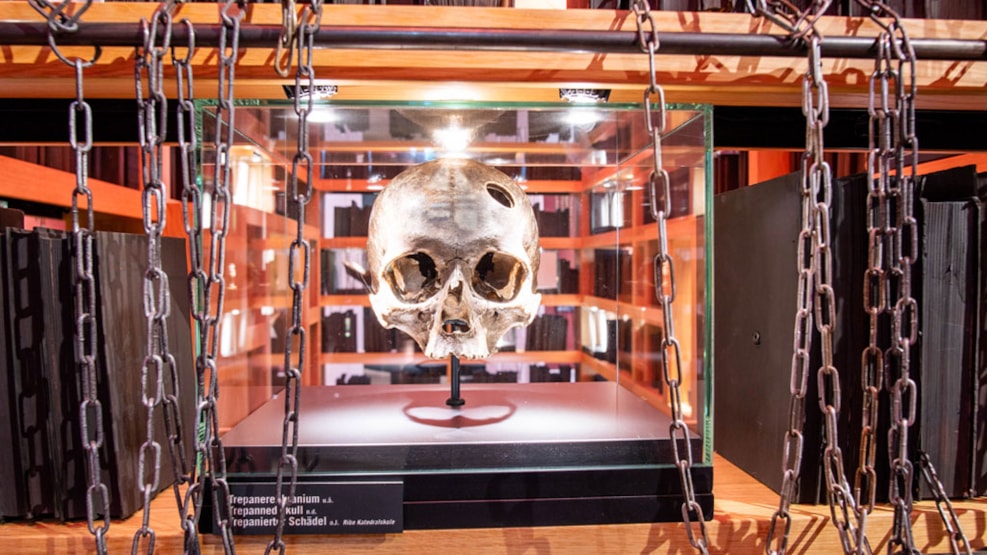 Ribe was the home of Denmark's most famous witch Maren Splidds. That is why the museum about witch hunts in Denmark and Europe is of course located here.

Thou shalt not suffer a witch to live - The Book of Exodus 22:18

The museum tells a frightening story of how the fear of witches swept across Denmark and Europe in the 16th and 17th centuries – a fear that led to witch trials and gruesome consequences. Ribe was a major centre for Denmark’s witch trials. Indeed, the streets around HEX! Museum of Witch Hunt formed the setting for the most famous case in Denmark: the trial of Maren Spliids, a tailor’s wife who was burned as a witch in 1641. Some of those buildings still exist, creating an authentic environment for the museum’s compelling story.

Why did ordinary people believe that witches could rob them of their happiness? Why was it often women that got convicted? Use one of our audio guides to explore this fear of witches and meet those who fell victim to it.

Watch the films about two poignant, true stories of women who were convicted as witches. One of them, Lamme Sidsel, is unknown to posterity, while the other, Maren Spliids, is the most famous witch in Denmark.

What tools did witches use? What did people have to use if they wanted to protect themselves against witches? The exhibition features both excellent historical artefacts and reconstructions. On interactive screens, you can read about the things associated with witches.

Use an interactive map to scrutinise the witch hunts that pervaded Europe. Fx, where was the persecution most severe, and were where more men than women convicted?

The museum is not suitable for young children.