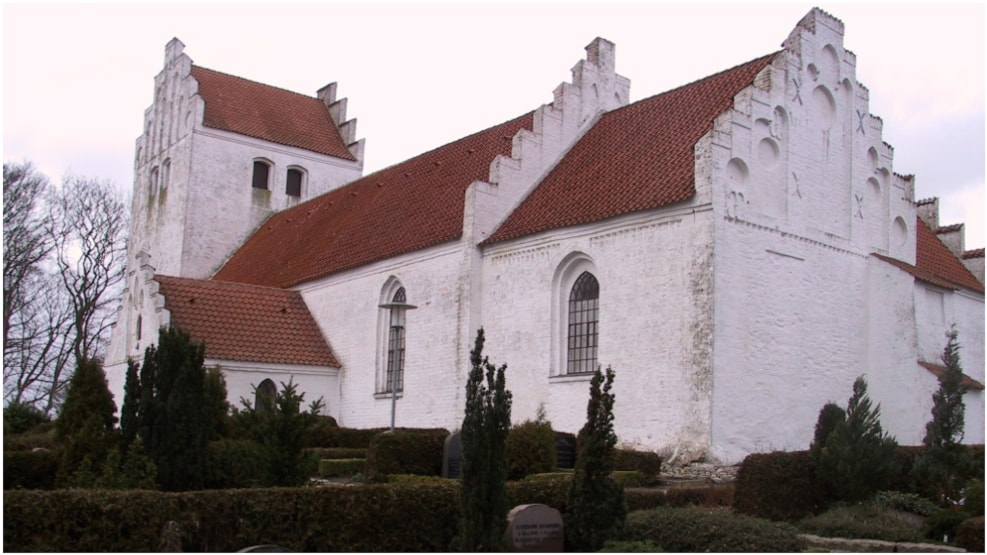 Kolby Church was built around the year 1300 and was later expanded with several new buildings. The original building was probably only around half the size of the current one, which is revealed by the appearance of the outer walls.

The building’s most noticeable detail is on the northern side of the arch separating the choir and the nave: a staircase from the choir and an opening towards the nave. This is probably a pulpit from the time before the Reformation. It was discovered when the church was restored. Only a few similar cases are known to exist, and the Danish National Museum is currently investigating this case further.

On the western gable of the tower, you will see an interesting mural from 1558. It depicts Saint George slaying the dragon and rescuing the princess.

The glorious altarpiece is from around 1620. It depicts three motives from The Book of Revelations as well as a central painting of the Holy Communion. Another painting is placed in the background within the central painting. It shows Abraham on his way to sacrificing Isaac.