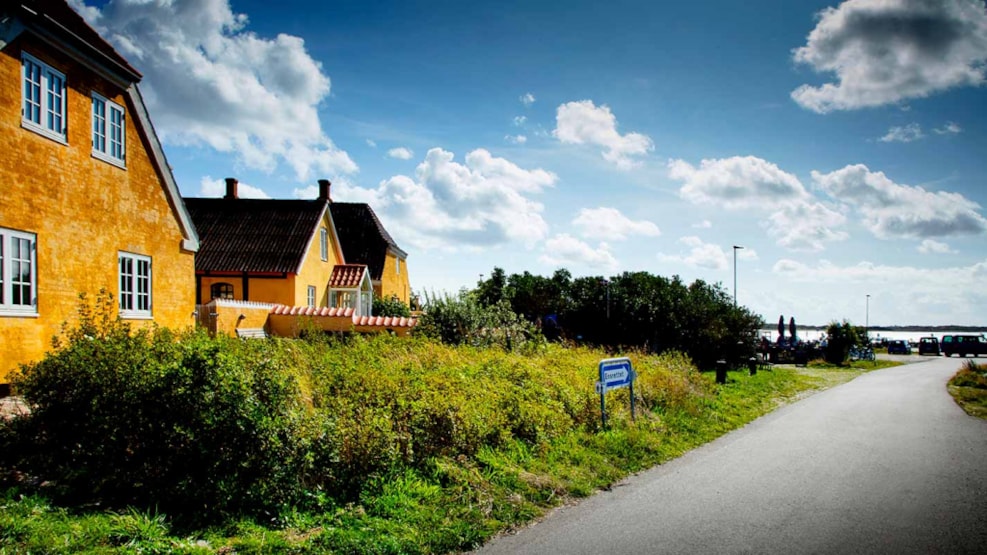 The road to Langøre will take you past Samsø’s newest and smallest church. Beautifully located atop a hill, the church is a significant landmark for everyone that visits the Stavns Fjord area. After passing the church, you will reach the harbour by way of a narrow embankment.

Due to its deep waters and protected location, Langøre was the only harbour on Samsø until as recently as the 19th century. This was where foreign goods were unloaded, and local products were exported to places such as Norway and Northern Germany.

Until recently, there were some commercial coastal fishing taking place at the harbour. These days, however, you will only meet recreational net fishermen here. These fishermen often bump into the rowers from Samsø Roklub (Samsø Rowing Club) early mornings, as their clubhouse is nearby at the far end of the spit.

There is still such a unique ambiance in this harbour that yachts continue to be attracted to it.