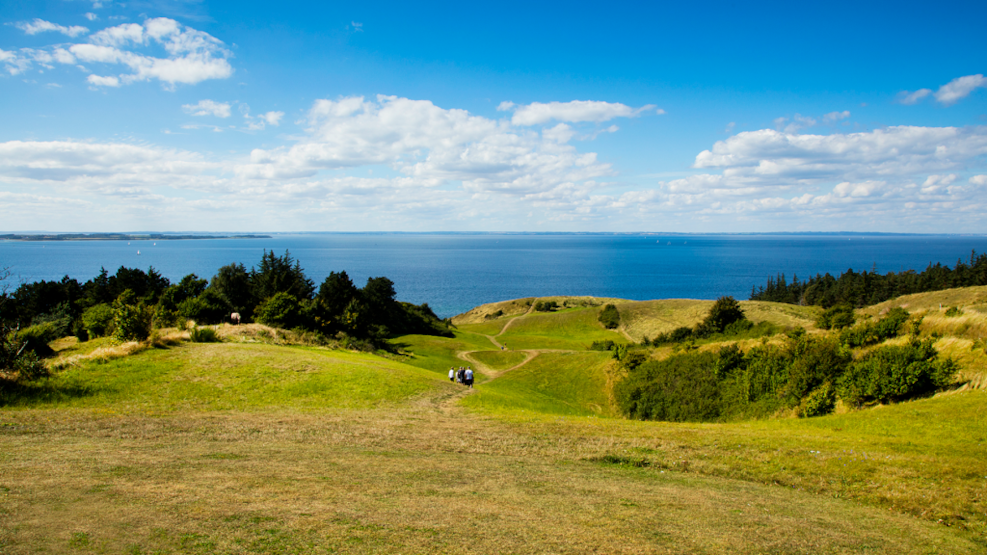 The Danish Agency for Cultural Heritage, the Danish Nature Agency and VisitDenmark are behind the appointment. The purpose of the Saint John’s Arms is to make it easy to find your way to the best that Denmark has to offer within the field of culture, nature and adventure. Director Peter Ilsøe from the Danish Nature Agency states: “At least 8 out of 10 tourists – Danish as well as foreign – indicate that nature is one of the main reasons for choosing Denmark as their holiday destination. With Saint John’s Arms we can help the tourists finding the landmarks in nature. Northern Samsø joined the list of 70 unique nature landmarks in 2013″.

The appoinment states: “Northern Samsø has one of the mightiest hill areas in Denmark, where agriculture has created the largest grasslands in the country. The area is most noticeable at Møgelskår or Issehoved. To the southeast, where the area becomes more flat, you find the well preserved village of Nordby, with the beautiful halftimbered houses surrounding the village pond. The canal of Kanhave, that defines Northern Samsø, was dug in the early Viking Age. It was a shortcut for ships gathered in Stavns Fjord. Today the canal is dry but proves that Samsø used to be the center of the Danish Kingdom.