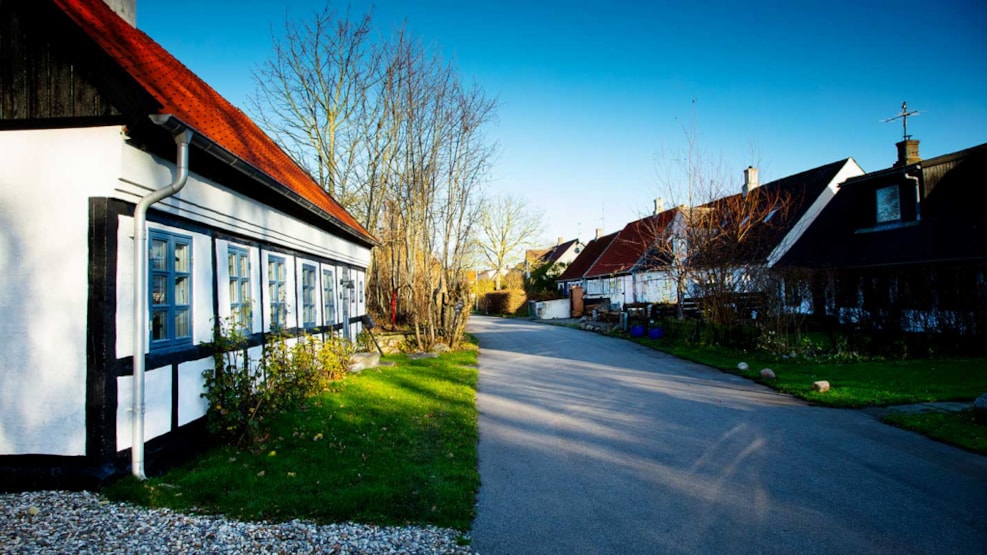 Despite its modest small houses, this village has a unique history.

It was originally a traditional village with farms and smallholdings but everything changed when a huge fire broke out in the village in 1871.

The buildings were so thoroughly destroyed that it was impossible for the villagers to reconstruct the buildings on their own.

The duke of Brattingsborg offered a solution that would benefit both him and the homeless peasants. He wanted to change his farming methods by using very large fields and subsequently offered small liveable houses to the peasants in exchange for their land. Once they gave up their land they were hired as workers on the estate.

And so, the old village of Ørby was transformed into a town for rural workers – perhaps the only one in Denmark.

Today, many of the small houses have been renovated into holiday homes and residential houses.

A small church from 1904 is located on the northwestern outskirts of the city.

A proposal to close down the church was met with large local opposition and today it works as a chapel of ease for Tranebjerg church as well as a church for the island’s Catholic community.