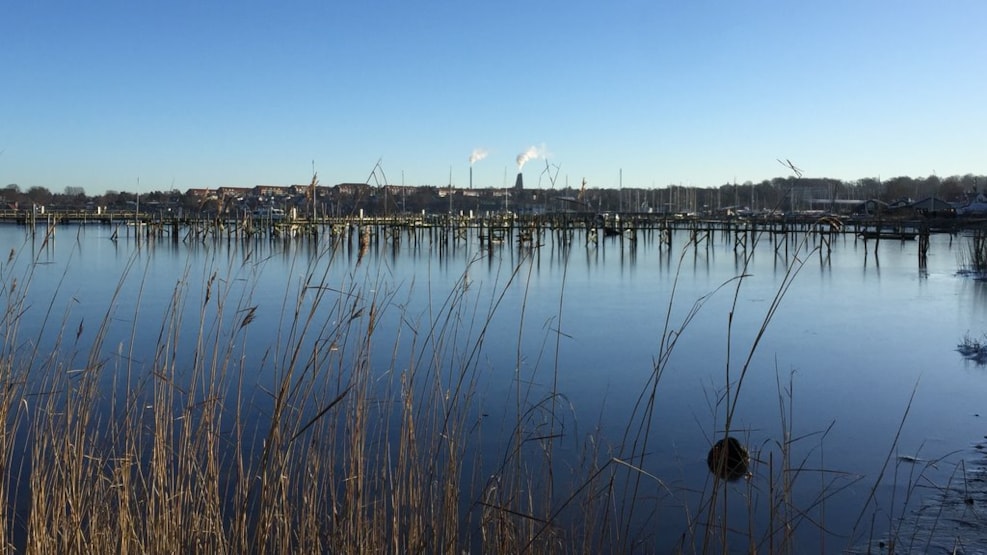 Roskilde Fjord features one of Denmark’s most beautiful and diverse landscapes. The narrow inlet, which extends 40 km into the Zealand landscape, is dotted with around 30 small islands and islets, home to rich and largely undisturbed flora and fauna.

Traces from the past are visible everywhere along the shores of Roskilde Fjord. For example, there are ancient refuse heaps from Stone Age kitchens, bearing witness to the hunters and fishermen who prepared food overlooking the bay over six thousand years ago. Bones from animals and shells from the mussels and oysters they ate are still present in the middens, as well as tools such as arrowheads and stone knives.

Trade in the Viking Age and in the early Middle Ages often took place at sea. Thanks to Roskilde’s central location in the kingdom, it was one of Denmark’s most important cities, with the fjord providing the link to the outside world.

At the end of the Viking Age it was necessary to block the passage of enemy ships into Roskilde, which is why so many shipwrecks have been found near Skuldelev. The remains of ships and reconstructions are on display at the Viking Ship Museum in Roskilde.