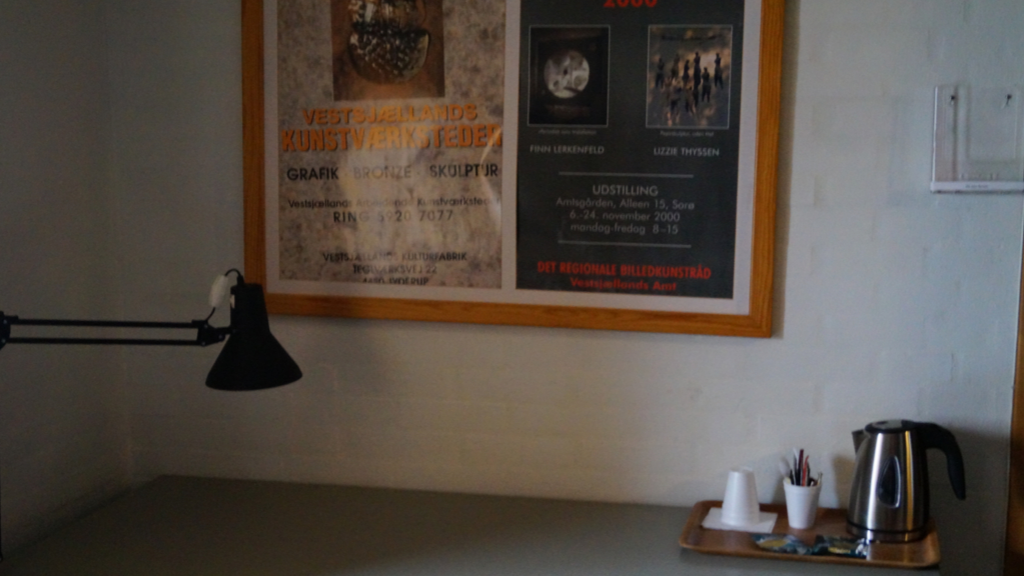 Skærum Mølle is located in Westjuland's magnificent scenery at Lilleå and Storå. The history of the site dates back to the Middle Ages, and Skærum Mølle has belonged to Tvis Kloster and the manor house Nørre Vosborg. In 1986, the site became the independent institution of the University of Skærum Mill, which acts as a link between science, art and society.

Skærum Mølle Folk University Center has a wing with double and single rooms.

The buildings contain the Brickworks Museum, which tells about the brickwork business, which was among the country's leaders in the first half of the 19th century. The Old Bridge Coop hosts an exhibition of inventory and inventories from approx. 1910-15. Per Kirkeby's "The House of Stones and Stars" is both a stone museum and an observatory.

It is possible to book a guided tour of approx. 1 hour duration.

The Skærum Mølle Folk University Center has lovely rooms. Both double and single rooms. Furthermore, it is possible to accommodate 2 separate detached houses with a total of 8 double rooms.

The center is only 1 km from Vemb and only a few hundred meters from Storå with good angling opportunities. The Center also has a Brickwork Museum and a Coop Museum, Astronomical Observatory and a mineralogical collection installed in the building, designed by the Danish artist Per Kirkeby. Access to this after appointment.

We do not receive any kind of payment cards - cash only.